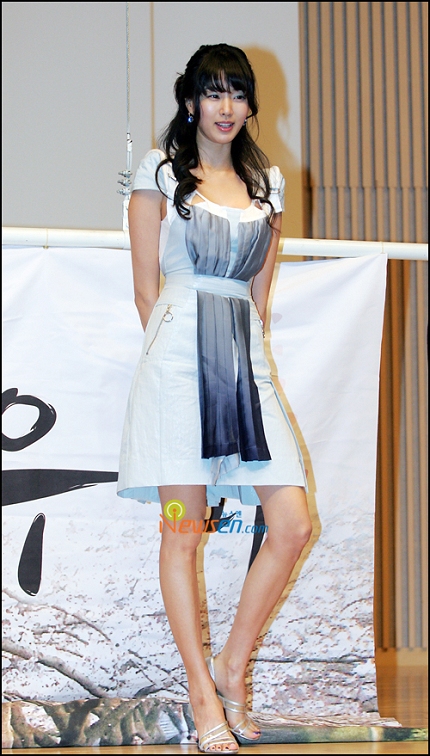 Kim Sa-rang will team up with estranged singer Ivy and Kim Tae-woo in a melodrama called Tokyo, Yeowubi which was filmed entirely in Japan.

The drama tells of the love between an actress and a sushi chef in Japan. The director of the drama, Lee Joon-hyung, is famous for directing music videos of singers Sung Si-kyung, Lee Soo-young and Vibe.

Also starring in the TV drama are Japanese actors Otani Ryohei, Okuda Erika and Yamamoto Gaku. Besides the director, writer and producer, the entire crew is Japanese.

Since Ivy was plagued with the ugly boyfriend scandal late last year, she has been laying low. This TV drama could be a big break for her. If she could prove to the masses that she has excellent acting chops, last year’s scandal would be all forgotten. Are you looking forward to seeing her in the drama?