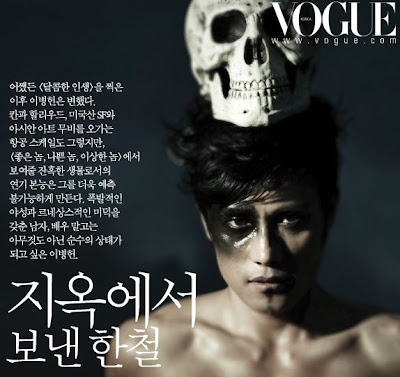 Weird: Dude, there’s a skull on your head.

Or is he portraying a fallen angel? I dunno.

The June 2008 issue of Vogue Korea features the 38-year-old actor in a high fashion spread – the kind that looks really weird and makes you wonder what all that has to do with fashion for the masses.

Sporting a black eye, a skull/ black crow on his head and some black feathery angel’s wings, the actor primps and poses for the camera. As weird as it is, it’s actually more interesting than Byul’s Star Photos.

Lee Byung-hun will soon be on silver screens in the Korean spaghetti Western, The Good, the Bad, the Weird. It was shown at the recent Cannes Film Festival. 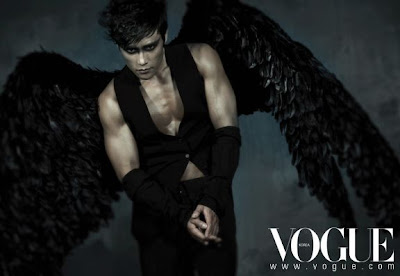 Harbinger of Doom?: All in a day’s job to bring death and destruction 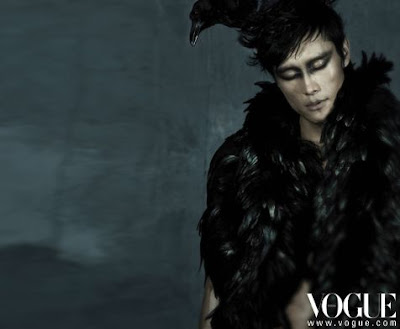 Too weird: Err…dude, there’s a bird on your head.