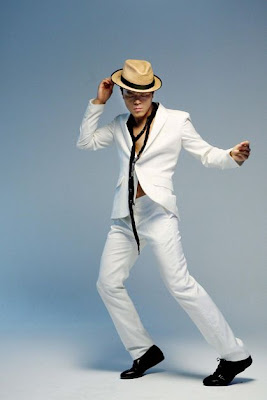 Kpop’s super-producer Park Jin-young (JYP) and Hong Kong superstar Jackie Chan, along with director Kang Je-kyu, are set to compose/produce a We Are the World-like song to raise funds for relief efforts in Sichuan, China.

The project, which is dubbed Asia Is One, We Love Asia, will be produced by Kang (director of Taegukgi and Shiri) at the request of Chan.

Singer/composer/ producer JYP is the music producer. It is reported that JYP has finished composing the song for the project.

JYP Entertainment said: “Chan proposed a project that would show the unity of Asia. We have agreed to work on a song that will raise spirits during the difficult time in Asia, following the earthquake damage in Sichuan, China.” 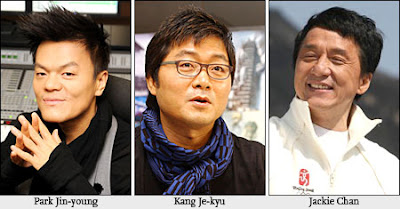 Nothing has been confirmed yet, but it is said that top Korean artistes and actors will be given the honour of singing the tune…hey, what about the rest of Asia? Can I croak in the background or something? Or play the triangle…how about the castanets? 😛

The song will be recorded when Chan visits Korea soon.