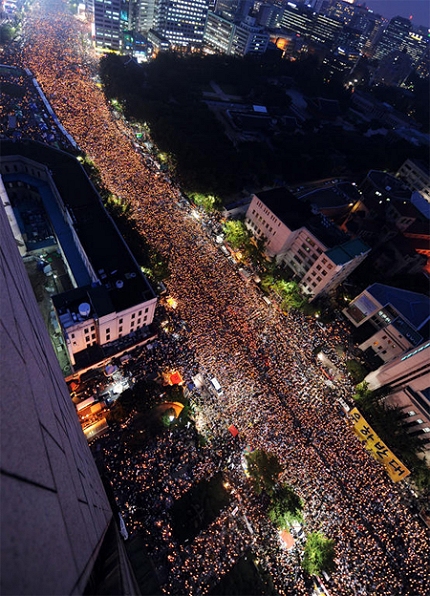 This is one awesome photo, capturing the scene at the largest candlelight demonstration yet against the import of U.S. beef in South Korea on June 10. Hundreds of thousands of protesters over 80 cities nationwide gathered in Seoul. Reports say it was 80,000 people, but organizers say in actual fact, 500,000 turned up.

Now is it just a beef protest or something more?