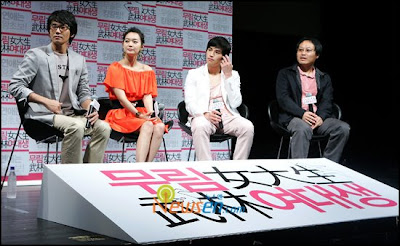 Shin Mina (A Love to Kill), Yoo Gun, On Joo-wan and director Kwak Jae-yong (My Sassy Girl) appeared to the press this morning to promote their flick My Mighty Princess or 무림여대생.

The “romantic action comedy” is about Kang So-hwi (Shin Mina), a martial arts prodigy who decides to give up the art when her superhuman powers scare away the boy she likes.

However, when her father is fatally injured in a battle with an old nemesis, she decides to take up martial arts again to avenge her father.

The movie is set for release in South Korea on June 26. And according to Yahoo!, the flick’s going to be released in Singapore on Sept 18. 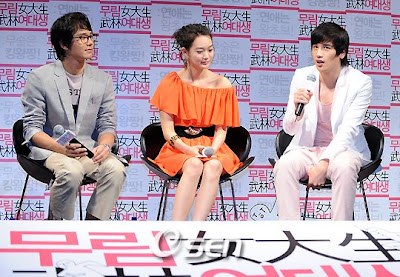 Stars of the show: Left to right On Joo-wan, Shin Mina and Yoo Gun 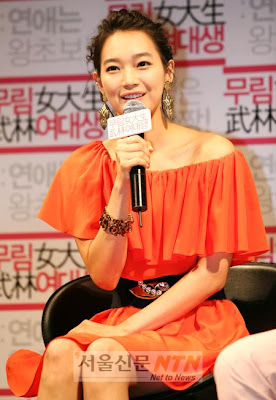 Superskills: ‘I’m gonna be a supergirl in
this movie.’ 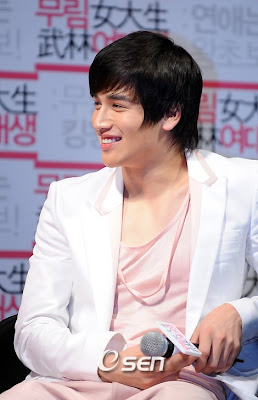 Superhandsome: ‘Yeah, I know I look
good from this side.’ 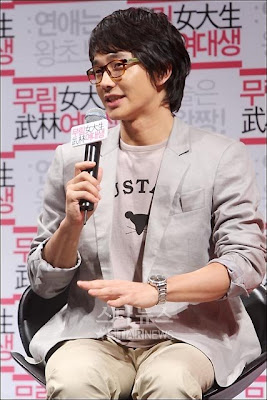 Super co-star: ‘Yeah so like I said just now, we were
shooting this really cool scene right…’ 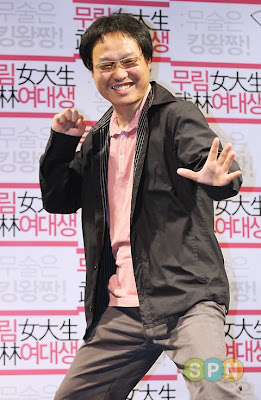