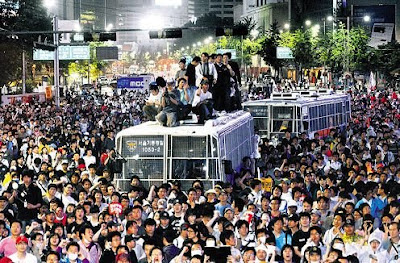 A group of protesters against U.S. beef climb the roof of the
police buses after tying them together and dragging them
50 m toward City Hall on midnight, Sunday in front of
Gwanghwamun, downtown Seoul. – Pic Digital Chosunilbo

The South Koreans’ candlelight virgil against a beef import deal with the US escalated into a clash with riot police on June 1.

Protesters who gathered in central Seoul lit candles, sang songs and called for the agreement to be scrapped. Protesters want the Government to renegotiate beef imports with the US over an agreement that reportedly does not protect against mad cow disease.

According to Digital Chosunilbo, 40,000 protesters took part in the demonstration.

Around 5 a.m. on Sunday, 117 riot police tried to disperse the demonstrators, arresting 228 demonstrators — 196 men and 32 women. The clash left some 100 demonstrators and 41 police officers injured. 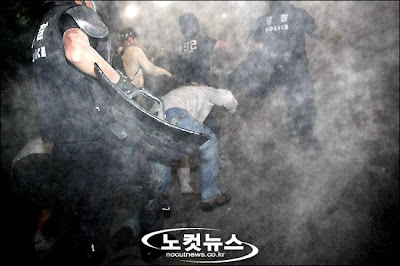 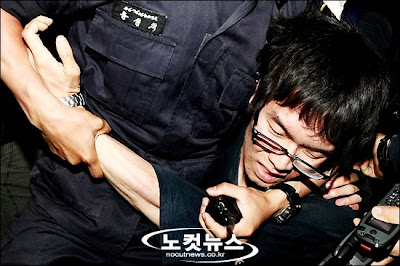 A protester is wrestled to the ground by riot police… 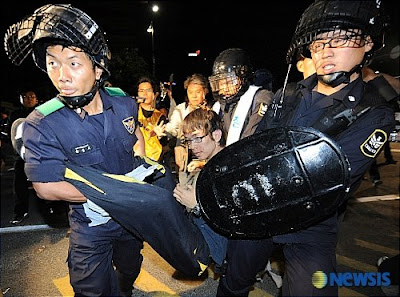