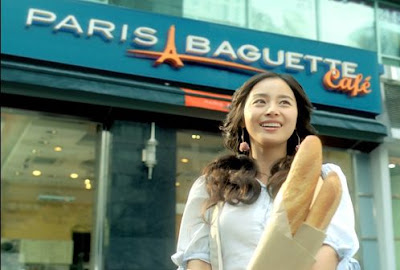 The Stairway to Heaven actress inked a one year contract with the popular franchise, and was recently spotted filming the commercial at the Paris Baguette outlet in Kangnam, Seoul.

The CF will be aired in South Korea in August. 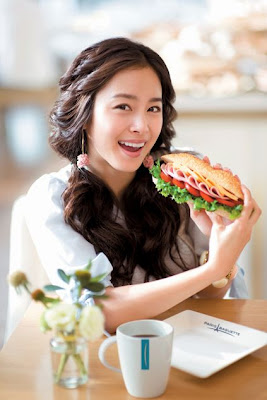 Big sandwich: ‘Move over Subway, the Paris Baguette
sandwich is the best.’

Much more on Kim Tae-hee!