I was in the Press Room, a rather small room where the stars would drop by after receiving their award. They would then give interviews to the press. 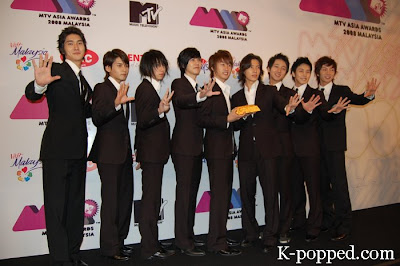 
So I waited for Super Junior. I remembered counting the 10 chairs on stage and thinking to myself that if SuJu were to come, one of them would have to stand.

The award ceremony started at 7pm (ended at about 9.30pm) and I watched it through the LCD screens provided in the room.

There was an audio glitch at the start so I didn’t get to hear the song dance crew Jabbawockeez was dancing to. Great choreography, by the way :-P. 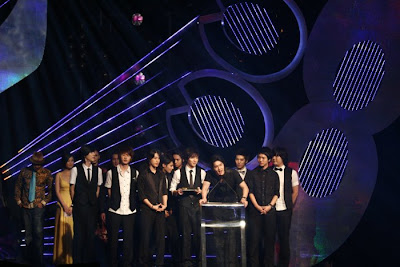 And the winner is…: Super Junior steps up to accept the Favourite Artist Korea Award.
They beat out Big Bang, Girls Generation and Wonder Girls.


Super Junior received the Favourite Korean Artist Award, which was the first one handed out that night. As you know by now, Shiwon gave a thank you speech in English. I was pleasantly surprised.

Here’s what he said: 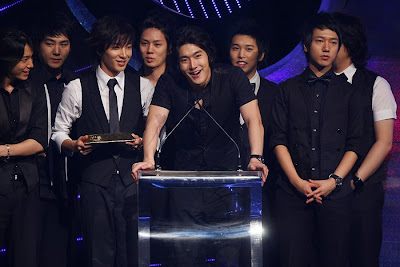 Fans ELFs: ‘We love you all forever and ever. Thank you!’


Shiwon: Ah, I’m so honoured, thank you. I would like to say thank you everyone for all your love and support. This wasn’t possible without you all.

I want to thank Mr. Soo-man Lee our producer and Mr. Young-mi Kim our president, he’s like our Superman. Thank you.

And our staff and families, friends and from our heart, fans ELFs – we love you all forever and ever. Thank you!

I had to leave the Press Room to watch Super Junior perform since Favourite Artist Hong Kong winner Leo Ku was in the middle of an interview then.

I watched SuJu heat up the stage on one of the LCD TVs :-(. 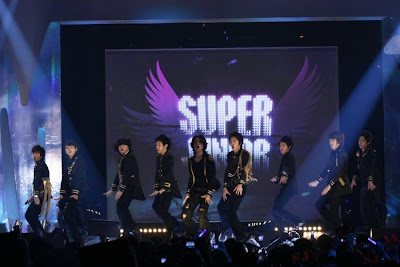 Dance, dance: The boys show off their moves 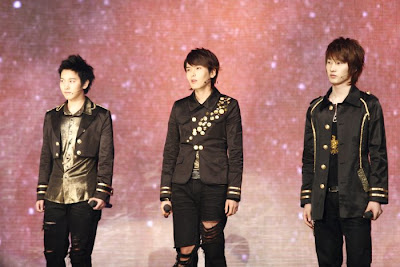 Soulful: (l-r) Sungmin, Ryeowook & Eunhyuk are part of the 6 members
who sang the ballad Mirror live

Yesung, Kyuhyun, Eunhyuk, Ryeowook, Donghae and Sungmin kicked it off with the ballad Mirror, before all 11 boys (minus members Hankyung and Kibum) launched into their Don’t Don and Thirst (Man in Love) medley – they so rock.

I wanna go for their Super Show concert now. Me want more! 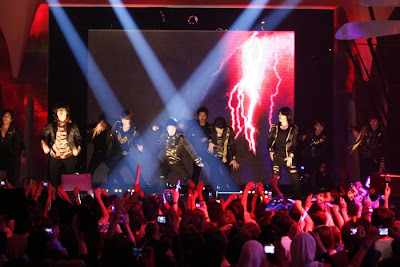 Let us entertain you: Fans go wild as SuJu takes the stage 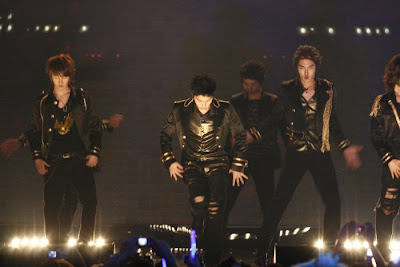 Quick check: ‘Darn, why are our shoelaces undone?’


The boys lip-synced their fast tracks, and a local reporter said that it was a “top notch mimed performance” :-P.

Super Junior didn’t turn up at the Press Room and I was a little bit disappointed. All that waiting for nothing…I guess they had to rush back to South Korea to promote their new track Pajama Party.

Nonetheless, here are some…err, interesting comments by the mainstream reporters I overheard in the Press Room:

Miss X: “You know the Korean boyband during the PC? The 2nd guy from the left (Ryeowook), he looks like a girl. I mean, you couldn’t really tell, you know. Just put him in a dress-lah, and you have a girl right there.” 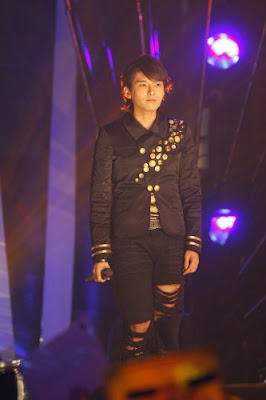 
Mr. A: “Who cares about the Korean band-lar. There were so many of them. I was outside when the PC was going on. Who cares, man?”

Mr. B: “That one’s so fat (Shindong), people say he ate the other members who aren’t here.”

Hee hee, I think the comments are rather funny. I bet they didn’t know a K-pop fan was around to jot things down. Ha ha…I kinda love my anonymity.

Super Junior, keep your word and come back to Malaysia for the Super Show concert, you hear?!

Super Junior is the top K-pop artist in Vietnam

Who will appear at the 2008 Beijing Olympics closing?

32 thoughts on “Waiting for Super Junior in the Press Room”