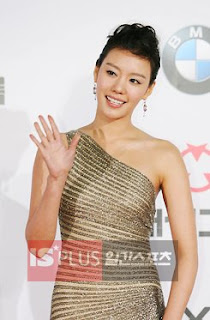 The lovely Kim Ah-joong (pic, left) is set to co-star with Ryu Seung-beom in the movie 29 Years, which is based on a comic book by Kang Pool.

The story, which is told over the span of 26 years beginning from 1980, has been renamed 29 Years since the film’s release date has been tentatively set for early 2009.

The 200 Pounds Beauty actress will be portraying a cool-headed target shooter.