Last November, Orchid and Liz joined me for some antics in the ancient city of Beijing. This November the K-popped! Trio will be heading to Seoul!

When I was back in Malaysia earlier this month, the Trio got together for some celebrating, Tarzan play and serious travel planning. 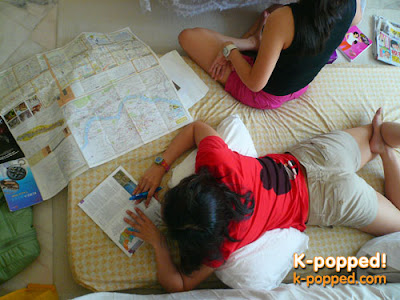 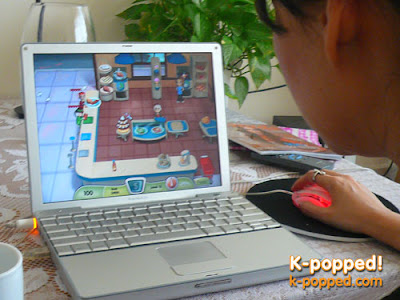 We settled flight tickets and squared away accommodation before our get together. I must say, deciding on where to stay was the toughest part. We researched hotels, motels, apartments, guesthouses and homestays. Wish I would have known at the time about this Seoul where to stay guide that helps you learn about all the different neighborhoods before deciding where to stay. 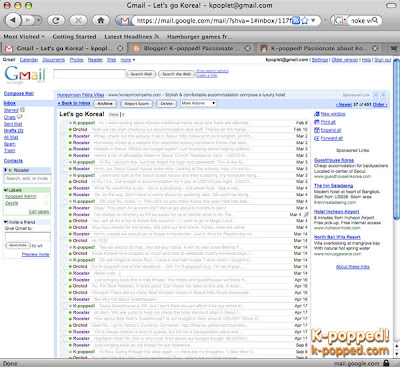 My e-mail log discussing places to stay in Seoul.
We started researching accommodation in February ’08.

In the beginning, we were all for staying in a guesthouse. Cheap rates, okay location… but I must confess, I have this one phobia of guesthouses – having to sleep on a pillow that smells like it belongs to someone else. For my Malaysian buddies – someone else’s lakap (bolster) *shudder*. So I was hoping for a decent hotel to pop up somewhere along our search.

I stumbled upon Innostel – a website by the Seoul Metropolitan City Government. Innostel (Innovative Hostel) is a coined term for affordable accommodation in Seoul. The website lists mid to low range hotels that are safe, convenient and ‘Seoul certified’ for foreign tourists. Or so they say.

Orchid and I found JOATEL at the Innostel site. At USD43 a night, it was too good to be true. 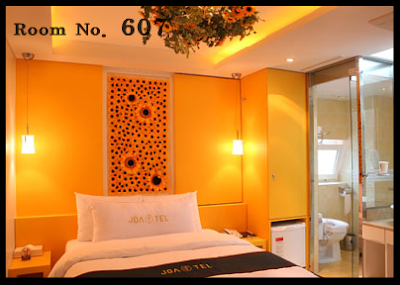 Liz: Er… you can see right into the bathroom.
Rooster: Well, y’know a lot of contemporary hotels have see through bathrooms.
Liz: Sex hotel…
Orchid: Wow! The deco is so nice for a cheap place!
Liz: Sex hotel…
Rooster: I can’t read it, but the website seems ok. And it’s an INNOSTEL.
Orchid: Maybe we found a gem?
Liz: Sex hotel!

After some more research, we found that Joatel was indeed a ‘Love Motel’. There are no keys given for guestrooms and the doors only locked from the inside. Hmmm…

I resigned myself to staying in a guesthouse when Doulos Hotel popped onto my screen. The rate wasn’t suspiciously cheap (USD66 per night with breakfast) and it appeared to be a no nonsense business hotel. 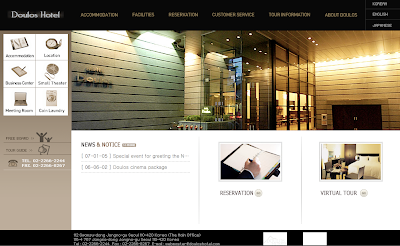 Doulos is located smack in the middle of Seoul, within walking distance to major attractions and shopping and an airport bus stop nearby. I was still a little unsure because of the whole Love Motel thing, so I was relieved when I found several decent reviews of the hotel.

Doulos is smacked in the middle of Seoul.
I guess we’ll see when we get there.

Liz and Orchid seemed to think it was a good choice too. We’d save on transport and we’ll be in the centre of everything! So we booked our rooms through the Innostel website where rates were about 20% cheaper than what was listed on the hotel website. 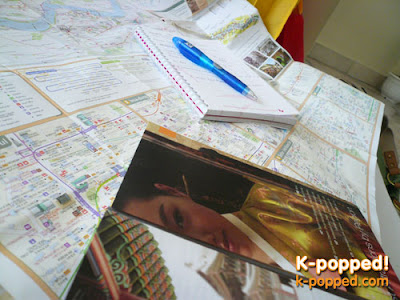 6 more weeks to decide what to see and do.

Now then. What should we do when we get there?

Trio get together for some fun:
K-popped! Trio on their Skytrex Adventure
Liz celebrates her birthday on Chuseok