So it was after exploring Insadong that Orchid and I decided to watch a movie while waiting for Rooster to arrive from Beijing.

The day: Tuesday. The date: Nov 4, 2008. We noticed three cinemas around the area we stayed (Jongno 3-ga) – we were spoilt for choice (of cinemas). 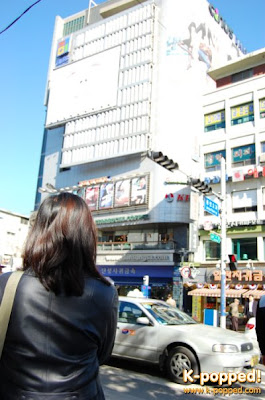 Time for a movie: Making our way to Cinus
cinema at Jongno 3-ga

Our happy feet took us to the Cinus cinema. We settled for the 2.50pm show. Perfect timing as we had planned to meet up with Rooster at 5pm.

We could only watch an English film as the Korean flicks did not have English subtitles. The English movies however, carried Korean subtitles. Yes, thank goodness there wasn’t any weird dubbing of English films.

We chose Leonardo DiCaprio’s Body of Lies (바디 오브 라이즈). In our limited Korean, we managed to buy tickets and locate the cinema hall on a different floor. 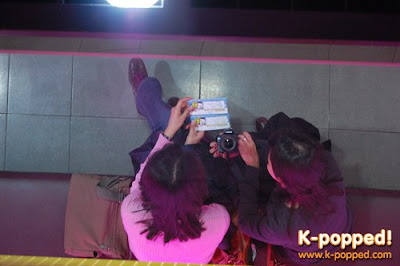 Waiting: Checking out our tickets while waiting to enter the cinema hall.
It was very quiet at the lobby. There were about 5 other people waiting with us :-).

Being a Tuesday afternoon, there were very little people watching the show with us. The young girl who sold us tickets at the box office doubled up as an usher when it was time to enter the hall :-).

What was the movie experience like? Well, let’s just say people still leave their handphones on while watching a show. However, the person had the courtesy to step out of the cinema to answer the call :-).

I’m not going to review the movie…all I’ll say is that it was a good show. Leo DiCaprio has come so far from his boyish Titanic days. I think he’s getting better as he gets older :-). 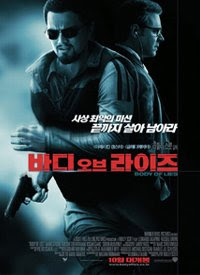 We watched: Body of Lies