Girls’ Generation a.k.a Sonyeoshidae (SNSD) is set release their first mini-album with the title song Gee. 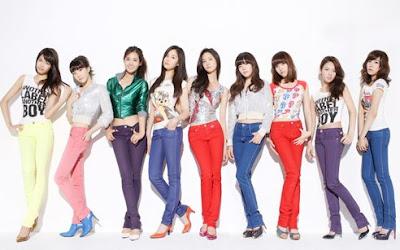 For or Against: Are you gonna support SNSD’s comeback with Gee?

This is a comeback of sorts for the 9-member girl group that has gone through a rather rocky 2008…and yes, we are talking about K-pop fans boycotting the group during the 2008 Dream Concert. (The girls received the silent treatment from other K-pop fans when they took to the stage. Brr…chilly in there, ain’t it?)

What were the fans angry about again? It wasn’t stated at the Wikipedia site.

Set to put that sour episode behind them, the SNSD girls unleashed a teaser of their Gee MV on New Year’s Day. In it, the girls make like mannequins that come to life. (Watch it below.)

SNSD’s Gee will be released on Jan 5 while the mini album will go on sale on Jan 7.

Will the girls be getting your support, or are you still pissed off at them?