Coming on strong into the Kpop music scene is Taegoon, who is dubbed the 2nd Rain. 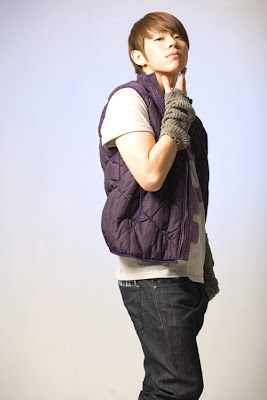 Taegoon, who also dances like a dream – thus, the reference to Bi, made his stage debut at MBC’s Music Core show on Jan 17. He mesmerized the crowd with the title song off his mini album, Call Me.

The young man has been gaining much attention as many Kpop fans are praising Taegoon for his smooth dance moves (thanks to the choreographer responsible for Son Dam-bi’s sexy chair dance), good vocals and catchy hook of his title track.

Lending some starpower to Taegoon’s already sizzling debut is TVXQ’s Hero and actress Park Shin-hye, who both star in the Call Me MV.

Hit the play button below to watch the MV.