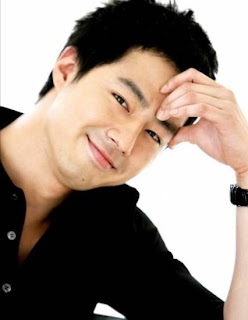 The tall and lean actor started out as a model – no surprise there.

Jo In-sung, who got his height from his Mom, was an active kid – playing baseball as a child as well as the piano. The latter was not his choice but his Mom’s.

Jo auditioned for a modeling job in his teens and debuted as a ZioZia model. After some bit parts in various dramas, the talent officially embarked on his acting career in the popular daytime sitcom Nonstop (2001). His role in the sitcom led to his first drama Piano (2002).

While working on Nonstop, the model-turned-actor started dating actress Kim Jung-hwa (Spy Girl), who was his co-star in the show. The couple has called it quits but Jo insists that they remain good friends.

Jo’s star continued to rise thanks to his lead roles in drama Shoot for the Stars (2002) and hit Korean movie The Classic (2002), where he worked opposite Son Ye-jin.

Following that are dramas Something Happened in Bali (2004) and Spring Days (2005). Jo then toplined the highly-acclaimed Korean gangster flick A Dirty Carnival (2006).

The 28-year-old is currently enjoying success from his latest period film Frozen Flower. The sexually-charged movie sees the actor playing a homosexual army commander who is in love with his King (played by Joo Jin-mo). 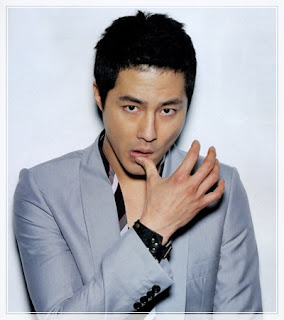 Apart from actress Kim Jung-hwa, the lanky talent has also been “linked” to divorced actress Ko Hyeon-jeong (38) who was his co-star in Spring Days.

Apparently, Ko Hyeon-jeong playfully proposed to the actor. She said: “Jo In-sung is far from boring and is in fact witty and humble. We have good chemistry. Whenever we joked around, I suggested we get married and asked what he was waiting for. He’d say he didn’t like easy women.”

Ouch, correct me if I’m wrong, but he just implied you are easy, girlfriend ;-P.

At the time of writing, the hunky talent is planning to serve his compulsory military duty in March 2009. He wants to join the Air Force! Yup, you won’t be seeing Jo as an “entertainment soldier”, he’s aiming for the real deal. In fact, Jo has completed the first stage of testing and is awaiting the results.

Ladies and gentleman, I give you Mr. Jo In-sung.