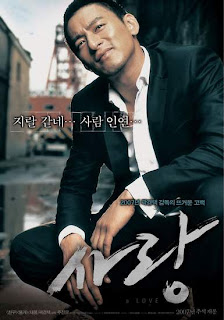 I am disturbed. If you’re wondering why suicide is so common among Korean celebrities, it could be because life is imitating art. In this film alone, we have two suicides. Now doesn’t that tell you how much life – with all its disappointments and tragedies – is valued?

Like it or not, the depiction of suicide as an escape from the heartbreak and misery life can bring influences today’s youth…and adults too – yeah, don’t think you’re off the hook.

But let’s leave such moralistic views aside as we look into A Love, a tragic love story about a couple who are dealt with an extremely cruel destiny. (If you’re the weepy kind, bring out the tissues.)

Two teens meet and fall in love. Sin-ho (Joo Jin-mo) is a school bully who fights his way through any issues. He is tough but his kryptonite is a girl named Mi-ju (Park Shi-yeon), a girl who is the only person who has been kind to him.

Their budding friendship is short-lived as Mi-ju’s family moves away when creditors come a-calling. Years later, we see Sin-ho in high school, working for a sports scholarship through taekwondo. 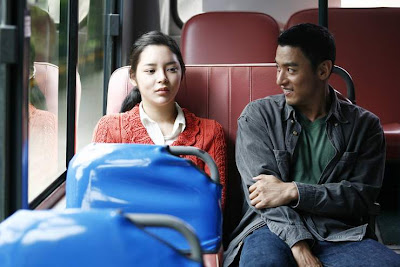 Good friends: ‘So we’re going swimming together this evening, right?’

As things turn out, he meets Mi-ju (again) and her dysfunctional family. A double tragedy occurs and Mi-ju is left on her own. Sin-ho then vows to protect Mi-ju for the rest of his life. And he’s a man of his word.

He keeps his promise even when he is put behind bars.

While in prison, Mi-ju cuts off all ties with Sin-ho and the protagonist is left holding on to a shifting hope of requited devotion. When he is released from the slammer, he crosses path with the rich Chairman Yoo (Joo-hyeon) who promises him power as long as he works for him as a bodyguard. Sin-ho agrees and becomes like a son to Chairman Yoo.

Seven years later, fate deals another cruel blow when Sin-ho discovers that Chairman Yoo’s new mistress is none other than his lost love, Mi-ju!

Joo Jin-mo deftly carries the flick as he expertly portrays the tough and pure-hearted Sin-ho. He’s the kind of man whom you’d want on your side – loyal and trustworthy, Sin-ho doesn’t think twice in sacrificing everything to keep his promises. 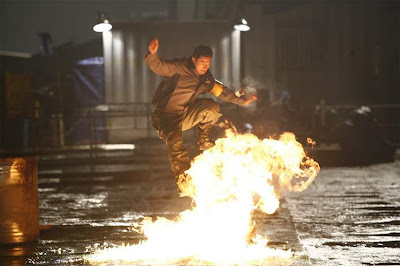 Viewers will easily sympathise with Sin-ho as he deals with the twisted circumstances. And the sad part is, he doesn’t get a break from them.

However, the circumstances he lands himself in is still very much his own doing. Like he says, he alone makes the choices that lead to his destiny. It’s just unfortunate that his fate turns out to be so nasty.

Park Shi-yeon does well as Mi-ju, a character who like Sin-ho, is also dealt an unfair hand in life.

Fate doesn’t seem to be on the couple’s side as again and again, their paths cross but their love is hindered.

The synopsis on the DVD reads: A man’s fight against his damned destiny begins! As funny as it sounds, that sentence actually encapsulates what A Love is all about.

Sin-ho is a man whom Lady Luck seems to despise. He meets his first love at 17 but since the day he met her, it’s an uphill battle with destiny to stay together. There is always something or someone in the way of their happiness. 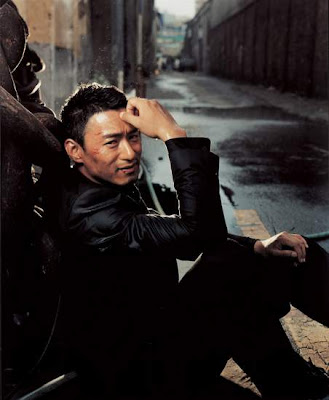 Unhappy: ‘Sin-ho (Joo Jin-mo) is depressed because
life’s so unfair.’

Will the couple overcome the unfair challenges in their way or will they succumb to the cruel fate?