Big Bang’s Strong Baby Seung-ri (19) will be appearing in a movie entitled Why Did You Come to My House (not to be confused with the 2008 SBS drama of the same name). 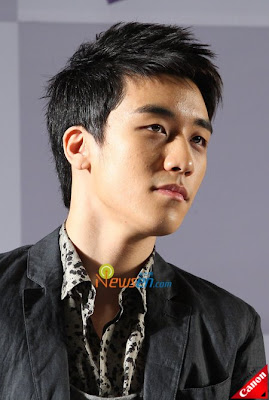 The movie also stars Kang Hye-jung and Park Hee-soon. The cast and film’s director Hwang Su-ah appeared to the press at 11am today (March 5) in Seoul. 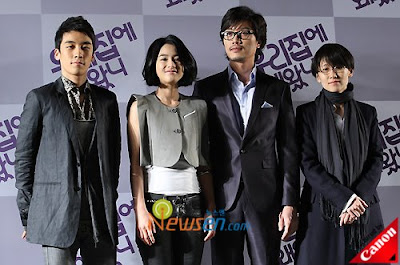 Seung-ri plays the first love of Kang Hye-jung’s character. The jilted lover then seeks revenge on Kang’s character in the flick.

Why Did You Come to My House is scheduled to be released early April 2009 in South Korea. 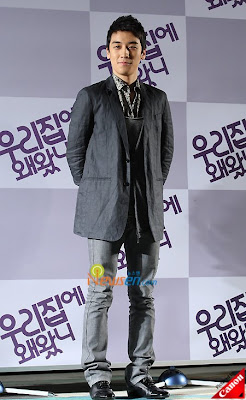 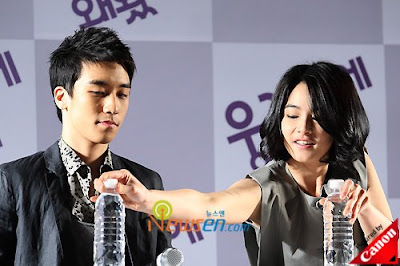 Strong baby: ‘Here, drink up, we don’t want you fainting from
dehydration half way through.’ 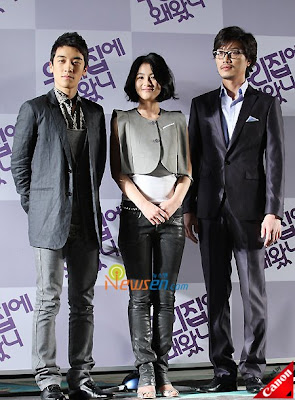 Trio: The players in Why Did You Come
to My House?

Related:
Seung-ri holds naughty party too?
Seung Ri is not yet a man but a Strong Baby
Big Bang gets Stylish with FILA