Tablo of Epik High made his lady love Kang Hye-jung very happy by surprising her with a bouquet of flowers during the VIP press preview of her latest flick Why Did You Come To My House? on April 6. 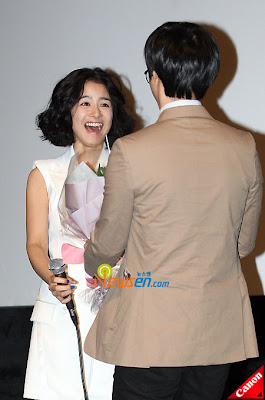 Delighted: ‘Oh my gawd, you got them on sale,
honey? Awesome!’ 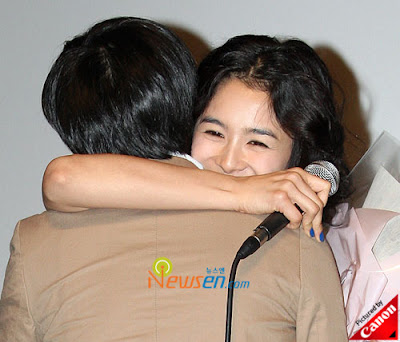 Hugzzzz: ‘You’re the bestest boyfriend a girl could have…ever.’


During the event, Tablo went up to his girlfriend with the bouquet, the couple embraced and Tablo proceeded to show support for his girlfriend’s latest movie. Kang was seen smiling from ear to ear. 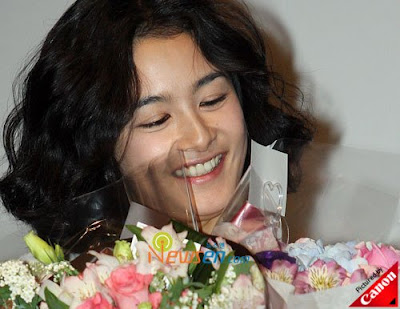 Message: ‘Aww, I love you too, you cuddly-wuddly cutie-wutie pie.’ 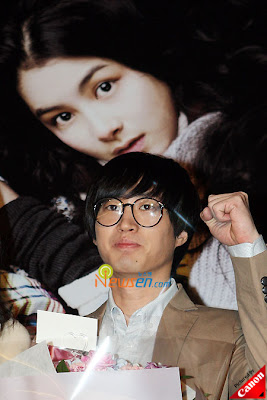 Hwaiting!: ‘Go watch the show my beloved
girlfriend is in…NOW!’ 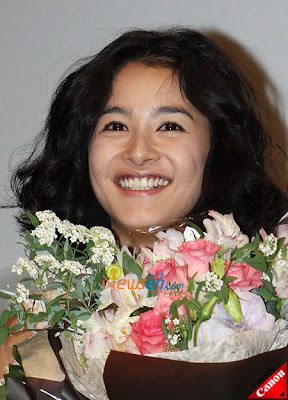 
This is rather refreshing. Most Korean celebs are so hush-hush about their personal life that you won’t even know they’re dating until say, a bun is in the oven (Kwon Sang-woo – Sohn Tae-young, anyone?).

Anyways, Tablo and Kang Hye-jung have no qualms whatsoever of going public with their relationship and that’s just great :-).

On another note, Big Bang’s Seung-ri makes his movie debut in Why Did You Come to My House?

The quirky flick is about a homeless woman named Lee Soo-kang (Kang) who barges into the home of a man named Byung-hee (Park Hee-soon). She ties him up and spends the whole day looking out the window with a pair of binoculars. Apparently, she’s spying on Byung-hee’s neighbour (played by Seung-ri). What’s going on? 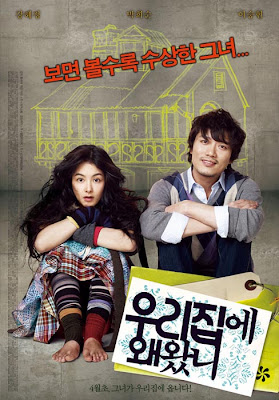 Why Did You Come to My House? opened on April 9 in South Korea.

Related:
Epik High’s Tablo happy and in love
Seung-ri asks Why Did You Come to My House?