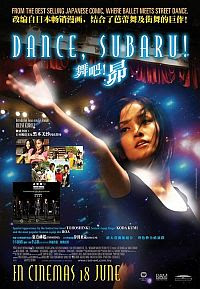 I was fooled. The movie poster outside the cinema boasts a special appearance by Tohoshinki (TVXQ/ DBSK) as well as BoA and Koda Kumi.

It was either a misprint or false advertising as BoA and Koda Kumi did not appear in the flick. Their songs, however, are in the movie’s soundtrack.

As for TVXQ’s appearance? Seeing the popular Korean boyband appear as club performers is an anticlimax.

Granted, the guys do what they do best – sing and dance onstage – but it would have been nice if some of the boys had a line or two in the movie.

But what about the flick itself? While it started off strong – effectively pulling at the viewers’ heartstrings in establishing the story – it eventually becomes clichéd with a rather abrupt and too artificial ending. The “morale” of the story is too heavy handed and teeters on being hilarious.

As a dance movie, the flick doesn’t quite succeed either. Again, it could be the false advertising but don’t expect any ballet/ street dance fusion, which the poster leads one to believe. Compared to other dance flicks I’ve seen such as Honey, Step Up or even Flashdance, this film is extremely weak in convincing us of the protagonist’s passion for dance. 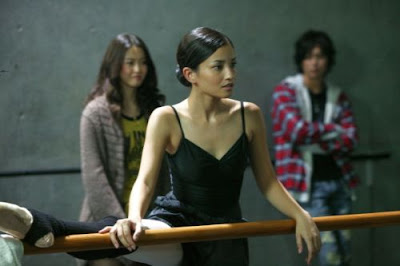 Stretch, Subaru!: ‘Like, which leg should I warm up first? Left or right?’

Dance, Subaru! is a run-of-the-mill dance flick that doesn’t inspire. It, however, does have some entertainment value – if you enjoy watching girls in tutus perform bits and parts of the Swan Lake.

Subaru (Meisa Kuroki) loses her twin brother Kazuma to a hereditary disease and immerses herself in dance because it has always been their dream to dance ballet.

After the death of her brother, Subaru finds solace in Isuzu (Kaori Momoi), the owner of a seedy strip joint. 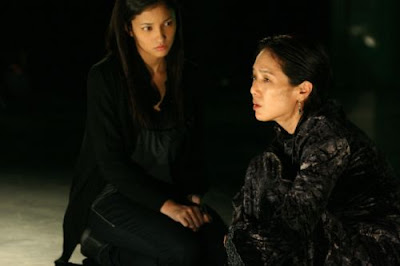 Isuzu passes on her dance knowledge to the eager Subaru and through the devious machinations of a bored, rich and spoilt brat named Liz Park (Go Ara), Subaru becomes interested in professional ballet. She then enrols in a dance competition that offers her a chance to realise her dream.

Can Subaru handle the pressure and overcome the challenges to don that tutu and prance around onstage to the coveted dance scholarship?

Watch it:
It was showing in the cinemas.