What are those pointy things, Lee Hyo-ri? We’re talking about the ones on your shoulders. 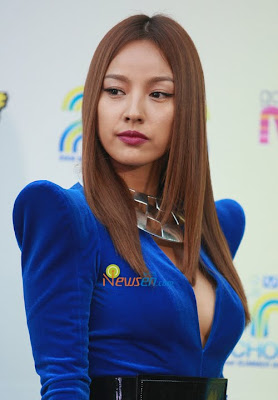 Stylish?: Lee Hyori wants to be the next
Alien Life Form (ALF) after Andre Kim

Apparently, the “I’m from another planet” look is hawt this summer as the 30-year-old diva sashayed down the Mnet 20’s Choice Awards’ blue carpet in an out of this world get-up. 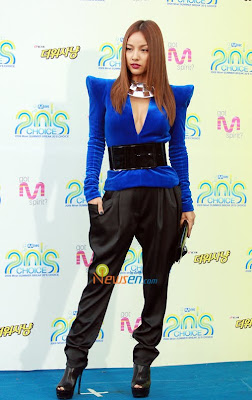 Space chick: ‘Beam me up, Scottie.’

But that’s not the only attire she appeared in throughout the award ceremony held at Jamsil Stadium on Aug 28.

Hyo-ri walked away with no less than three awards at yesterday’s ceremony. She bagged the Hot Multi-tainer and Hot Body trophies as well. Va va voom! 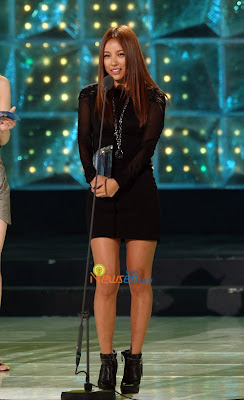 Leggy: ‘These boots are made for walking, and
that’s just what I’ll do…’ 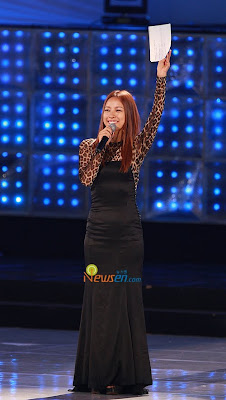 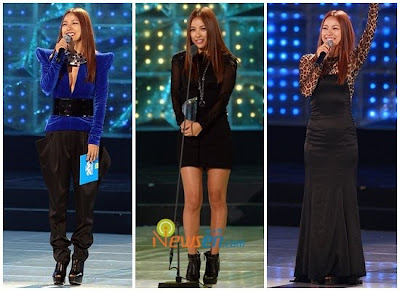 Changes: Hyori’s looks at the Mnet 20’s Choice Awards.
Which is your fave?