You’ve seen him as Lee Tae-ran and Ji Hyun-woo’s younger brother in My Precious Child (KBS). Since then, he has moved on and appeared in an MBC drama entitled Triple.

Song Joong-ki talked about his feelings and what’s in store for him after wrapping up his latest drama. 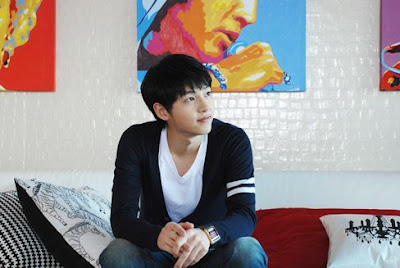 Angle: ‘Yes, my right side is my best side.’

In Triple, the 24-year-old plays an infatuated boy named Ji Poong-ho who is in love with figure skater Lee Haru (played by Min Hyo-rin). Poong-ho’s adoration for Haru is dubbed “sunflower love” because the sunflower constantly follows the sun.

Song admits that in real life, he doesn’t subscribe to “sunflower love”.

He revealed, “I’m the type of person who has to own things — whether they are objects or people.

“I would want my girlfriend to be with me and I would try to get her heart like Poong-ho did but I think “sunflower love” is a unique story. Poong-ho continues going after Haru for 2 and a half years because he couldn’t stop loving her…I think I’m a bit different from him.” 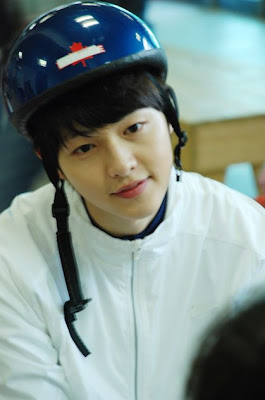 Fashion: ‘Oh, of course I love helmet hair. That’s the
reason why I wear a helmet all the time.’

The actor also revealed that he almost cried when filming for his drama wrapped.

“Triple was a very precious and beautiful one to me. It was my first time doing this kind of mini-series and I learned a lot,” he explained.

“Most of all, it was meaningful because I worked with a director whom I admire. I will miss everything and will remember this forever.” 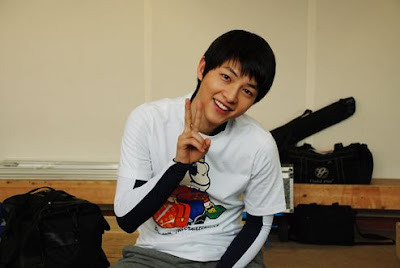 So what’s next for Song?

“I want to try everything!” he enthused. “Not only various genres of dramas but also musicals, plays and MC-ing entertainment shows. I would do all these things if it helped me improve my acting.”

Song also revealed that he has been going for auditions after Triple wrapped.

“I hope to do better in my future projects. You can expect it.” 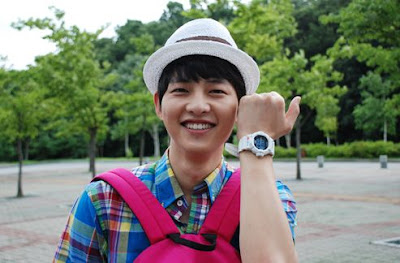 Watch: ‘Yeah, you like it? I got it with my first paycheck.’ 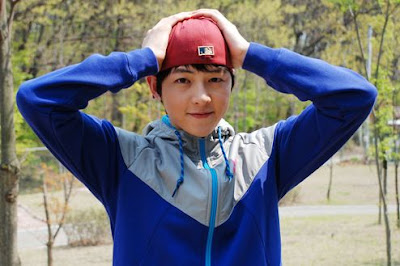 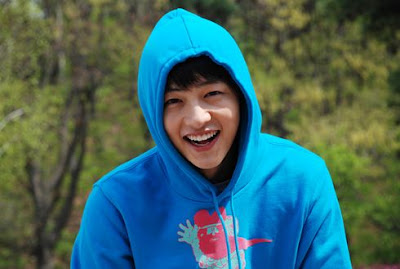 Hoodie: ‘I hate the sun hence the various head gears when I go out.’