Gee, I wonder how many power crunches he did to get them. Model/ actor Marco Lee shows off his six packs in the Nov 2009 issue of Arena. 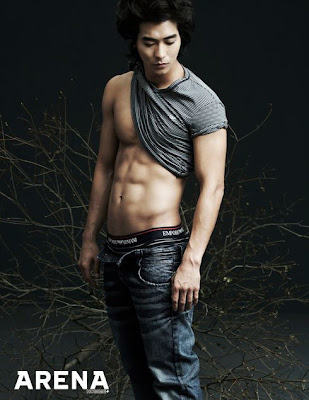 The talent, who has had bit parts in dramas such as Dream (2009), I Love You, Don’t Cry (2008) and Air City (2007), lost 2.5kg for the photoshoot. The 3rd generation ethnic Korean from Argentina adhered to a strict diet and exercise regime to get his sculpted physique.

The up and coming talent, who wants to make it big as an actor in South Korea, appeared as singer Son Dam-bi’s “husband” in MBC’s pseudo-married couple show We Got Married. 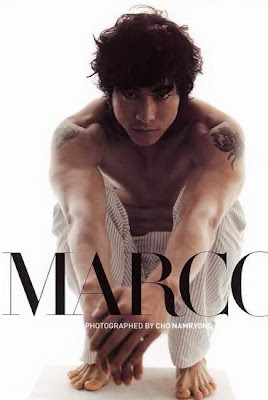 Marco’s dream is to star in his own rom-com one day.

“To be honest, what I really want to do is acting. I know I have to speak (Korean) better. I am taking acting and pronunciation classes for that.”

No complains here. With Marco’s star on the rise, we will be seeing more of the talent…and his chocolate abs. Whoo hoo!