Stop the press, who’s that? 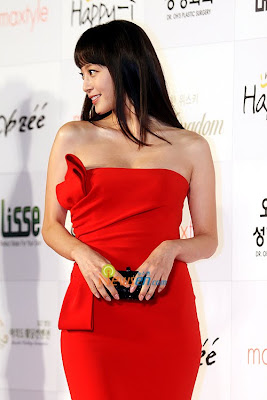 The lady in red is…

…none other than Miss Han Ye-seul

Han Ye-seul (Couple or Trouble) heated up the red carpet at the 46th Grand Bell Awards on Nov 6 when she stepped out in a long, off-shoulder, chilli red ensemble. Mamma Mia!

The 27-year-old actress was the host for the night, along with SBS announcer Choi Ki-hwan. Han bagged the Best Actress Award last year for Miss Gold Digger. 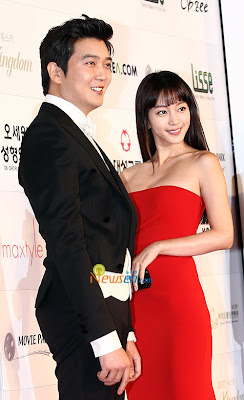 Host and hostess: Han (right) outshines
her co-host Choi Ki-hwan. Dude, don’t you think
your suit is a little too tight?

According to an article by The Korea Times, many famous stars were missing from this year’s event. Apart from that, many were not thrilled with the winners.

Blockbuster flicks such as Haeundae and Mother didn’t win any of the more prestigious awards. Even actress Ha Ji-won, who appeared in two of South Korea’s biggest films – Haeundae and Closer to Heaven – wasn’t nominated.

Disappointing news aside, let’s check out the other Korean beauties who attended the event. 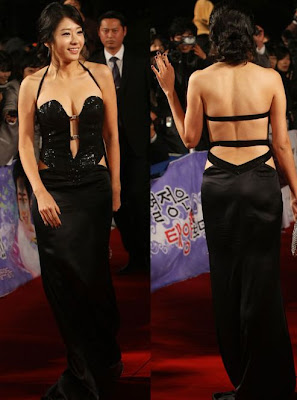 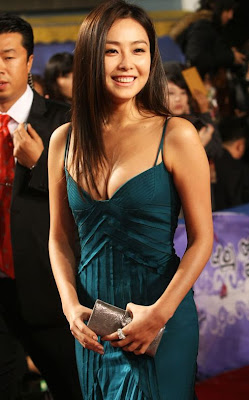 Lovely: Hong Su-hyeon looks
sexy in this sheath of a dress 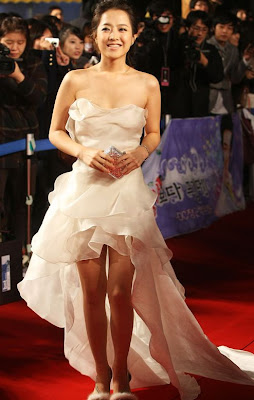 Fairy: Park Bo-young goes all feminine
in this frilly piece 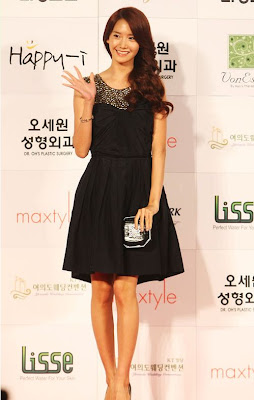 Cutie-pie: Yoona of Girls Generation waves
shyly to the crowd 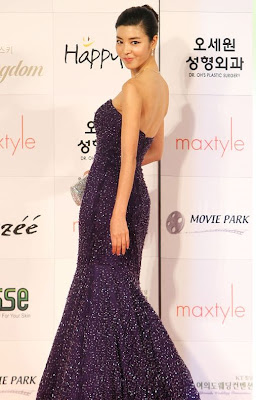 Mermaid dress: Kim Min-seon relives her childhood
dream of being a little mermaid 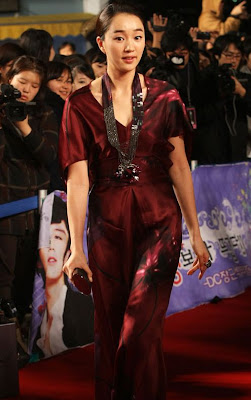 Dull: Su Ae, who bagged the Best Actress trophy for Sunny,
doesn’t look much like sunshine on the red carpet 😛 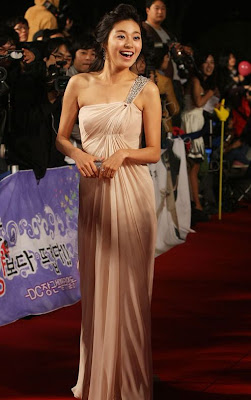 Related:
Stars at the 45th Daejong Awards in Seoul