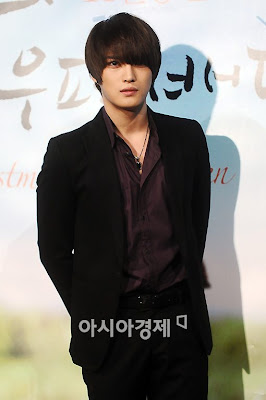 The DBSK (TVXQ, if you want) member stars in the teledrama Heaven’s Postman. He was at Wangsimni CGV in Seongdong-gu, Seoul this afternoon (Nov 9) for the special press screening.

As the 23-year-old has always been flanked by other TVXQ members during press events, Hero admitted to being rather nervous on his first solo outing. 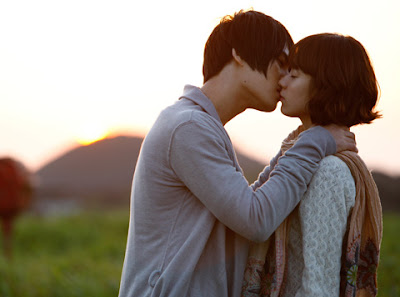 Heaven’s Postman, which was filmed last year, is about a postman from heaven (Hero) who helps families send letters to their dearly departed.

After the PC, about 280 fans joined Hero for a special screening of the show. The drama also stars Han Hyo-joo.