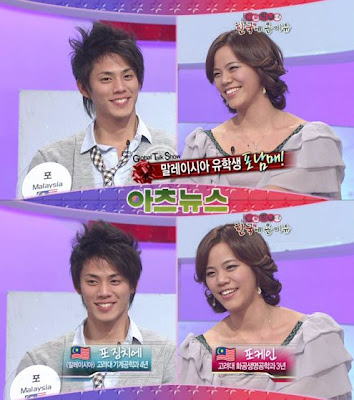 The episode focused on “hoonnam” or handsome men around the world. While the men on the show were beating their chests about how charming they were, one guy drew the ladies’ attention. He was Jing Chieh. 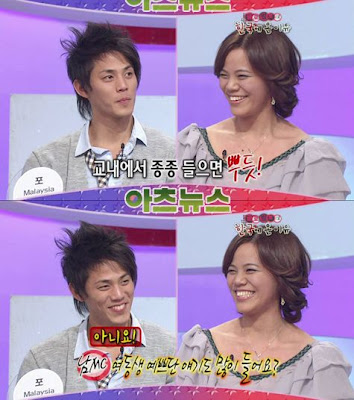 In the genes: Brother handsome but sister ain’t pretty?
Beauty is in the eye of the beholder

The host of the show asked Khay Inn, “Do people say Jing Chieh is handsome?”

She replied: “Yes, many people say so. Sometimes, I hear people go ‘Wow, that guy is cute!’ upon seeing him at campus and I would proudly say ‘He is my brother.’”

The host then asked Jing Chieh, “Do people also say that your sister is pretty?” He made everyone laugh by replying “No”.

Chit Chat of Beautiful Ladies is struggling with low ratings after a controversial episode on Dec 6. One of its Korean guests said that “guys under 180cm are losers”.