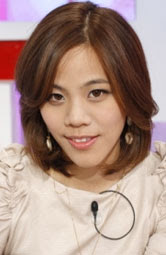 Tune in to Korean talk show Chit Chat of Beautiful Ladies and you’ll see a bevy of beautiful women from around the world discussing various issues (in fluent Korean, mind you). These girls, who make up the show’s panel, are actually students from various institutions in South Korea.

Look closely and you’ll see a new Malaysian rep. Sitting in Sophia Ridza’s empty seat is none other than chemical and biological engineering student Poh Khay Inn (pic, right) of Kuala Terengganu. While her predecessor was part of the panel for two years, Khay Inn is a newbie and has been on the show for barely three months.

Nonetheless, Khay Inn’s participation has once again sparked some Malaysians’ interest in the show. K-popped! tracked the 23 year old down to get to know her better and ask about her feelings on being on national TV.

Where is your hometown and what do you like to do when you are back in Malaysia?

Most of my hometown friends are usually not around during my vacations. So what I do is just hang around at home and help Mom with chores. I feel bad that I’m not around most of the time.

I also love walking my dog Puffy. She’s so old now, she isn’t as active as before and looking at her sometimes reminds me how long I’ve been away from home. 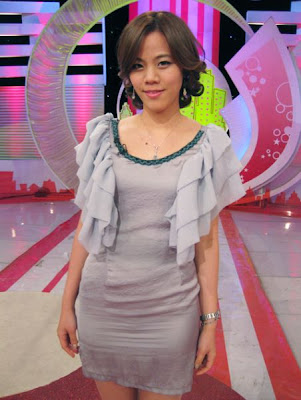 Orang Terengganu: Khay Inn on the set of Chit Chat
of Beautiful Ladies

What do your friends in Malaysia think about your appearance on Chit Chat of Beautiful Ladies?

Oh…I think they don’t really give a damn (laughs). I didn’t know the show is actually aired in Malaysia so I hardly mentioned it to anybody back home.

However, I’ve got a friend who screamed out when she accidentally saw my face on TV, and another who wrote: “I saw you and your brother on some Korean show. LOL” on my Facebook wall. What a solemn response huh?

Why did you choose South Korea to further your studies?

After getting my SPM results, I chose to study engineering and filled in the JPA form. I later got a call telling me I have to leave for South Korea after 2 months of learning the Korean language.

Before that, I had no clue about South Korea except that my second brother is studying there.

How did you get on Chit Chat of Beautiful Ladies?

Oh… I’m not one of the “pretty pretty” girls but I guess I was just really, really lucky.

My brother (Poh Jing Chieh) was on the show in 2007 for a special Mooncake Festival edition. A teacher from our Language Institute in SNU (Seoul National University) got him on the show.

While talking to one of the writers on the show, my brother mentioned that he has a sister in Korea and they thought it would be rather interesting to have the both of us on the show. 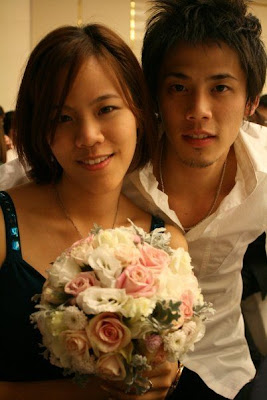 What are the qualities one needs to have to get a spot on the show? For instance, do you need to be talkative, have an opinion on every topic discussed or have good general knowledge of your own country?

If you’re really, really pretty and popular among Koreans, then a seat is secured. (I’m kidding…but it’s true to a certain extent!)

It is actually very important that you have something special. Actually, it is more about your personality because you have to make your opinions interesting so others wouldn’t get bored when they listen to you.

You also have to be outspoken. Most of the seniors just speak what is on their mind and they are very spontaneous, which makes the show more interesting. That is the part I’m most lacking in because I don’t really have the guts to cut in when others are talking.

Do you know the topics discussed on the show beforehand (and come armed with facts) or do you only know what will be discussed when you are seated?

We actually have to complete three sets of interviews during the week before shooting on Sundays. From the answers, the writers choose the more interesting topics and turn it into a script. However, if you have an opinion, you could just chip in during the shoot. 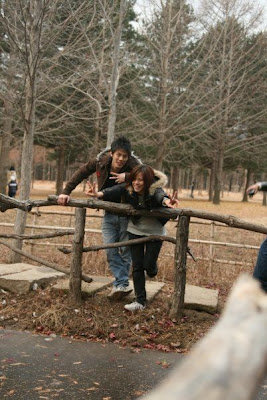 What are some of the things you do to prepare yourself for the discussion?

If dealt with some topics that I’m not familiar with, I’ll ask my Malaysian friends and get more info from the internet but that doesn’t really happen because the topics are usually related to one’s experiences.

Who are you close with on the show? Do you guys hang out a lot?

I like Marie-yon (Germany). She’s born in 1991. There’s quite a huge age gap there but she’s always happy and cheery. She’s like a really cute younger sister. Sonia (US) is really cool too and she’s just a year younger than I am.

The three of us entered the show together three months ago so we naturally got closer. I had ice-cream for dinner with baby Marie-yon and yesterday, I went shopping and to the Korean public bath with Sonia.

I got to know Tachaporn (Thailand) and Zheng Shuang (China) and the two of them are really really close. They are a bunch of nice cute girls. So far, we had dinner twice.

After each shoot, my brother and I would usually have dinner with Pascal (Germany), Bada (Germany) and Marie-yon (Germany). Pascal and Bada are my brother’s close friends. 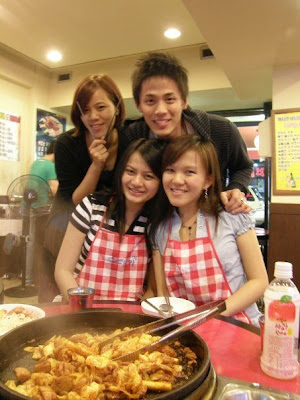 Was it difficult to learn Korean? Do you have a Korean boyfriend to practice the language with…because that would certainly make it easier ;-)?

The Korean language comes naturally to me since I’ve been staying here for almost five years.

Instead of a boyfriend, I have boy-friends because I’m in the engineering department (laughs). They look out for me a lot and I’m really glad that they include me in their circle of friends.

Please walk us through a day filming Chit Chat of Beautiful Ladies.

It’s filmed on Sundays so during the semester, I would rush to complete all my assignments by Saturday…I also have to sleep early on Saturday night.

I have to be at KBS at 9am to get my makeup done, get into the clothes they give me, read the script once, fool around a bit, have lunch and then go in for the shoot at about 2pm. (The shoot) lasts four to five hours. After that, we would be hunting for food because there are not many restaurants around the area.

Are you popular in campus right now? After all, you are on national TV :-).

Not really, I suppose. We have such a huge campus here. But word does get around, especially in my faculty and some people do come up to me and ask “Are you on Misuda?”

At first, I was very very shy when people recognised me but now I usually thank them for recognising me when that happens. Hee hee hee. I think being shy and then running away isn’t that polite.

Our readers are into all things Korean. Some of them say that your participation sparked their interest in the show once again after Sophia left. What is your response to that?

I hope I live up to the Malaysian viewers’ expectations and I will try my best to speak up and promote Malaysia. Love you guys for watching me. 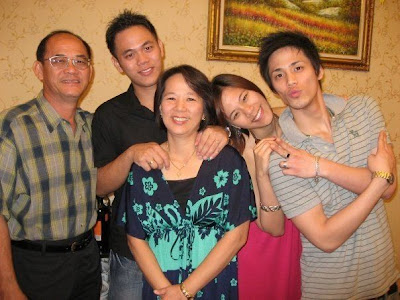 Thank you Khay Inn, you are such a sweetheart. We wish you all the best in your studies and on the show!

Special thanks to Wawa Jaddawi for doing the initial investigative work for K-popped! 😉 Girl, you so rock!