Words by Liz
Photos by Orchid

South Korea’s Super Junior – the largest boyband in the world – appeared to the Malaysian press briefly for a “chat session” at 4pm on March 20. 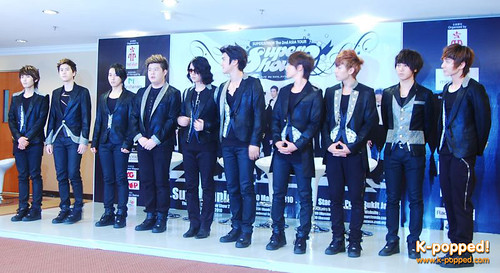 In Malaysia: Finally, Super Junior comes to Malaysia for a concert

The 10 members who were present (yes, 3 boys did not come to Malaysia for the show for various reasons) greeted the press at the VIP Lounge, Putra Indoor Stadium at Bukit Jalil.

Emceed by Liew Li Li, 8TV’s Mandarin News presenter, the session was conducted at lightning speed. The interpreter was OK, but a little too fast at times.

The press were not invited to ask questions as MC Liew was already given a set of questions by the organizers, Marctensia.

The boys trooped into the VIP Lounge at about 4:35pm, took a bunch of publicity shots, “talked” to the press for about 7 minutes, then took some more pictures with the organizers and sponsors. They were then quickly ushered out. 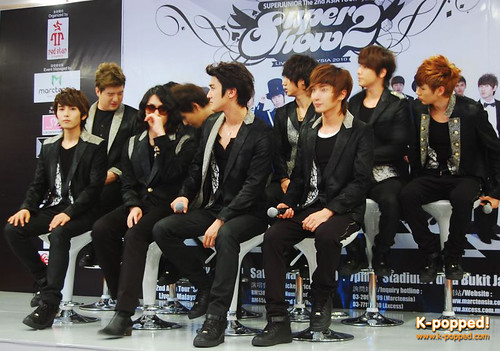 Problem?: Kyuhyun (back row, 2nd from left) wrestles with his chair

I tweeted bits and pieces of what the boys said right after the PC, but we know you fans, you always want more!

So here’s what Super Junior had to say about their very first concert in Malaysia. I have rephrased some of the questions…because I can :-P.

(Hit the “Keep reading” link below)

How do you feel about your first concert in Malaysia?

Eeteuk: This is our third visit to Malaysia. Our first visit was when we filmed the Dancing Out music video, we came here for the second time for the MTV Asia Awards (2008) and this is the third time – here for the Super Junior Super Show 2.

This time, we see many more supporters in Malaysia and we are very excited for that. It’s just a few hours away before the show. It will be a really fun concert today so everyone should enjoy it. 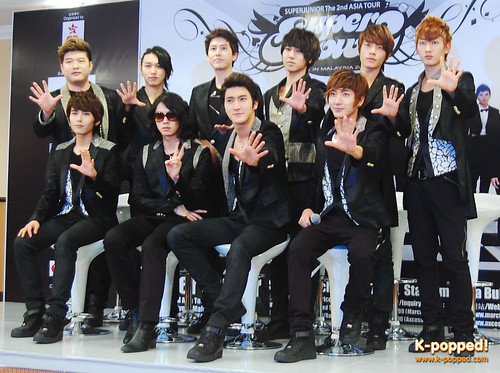 Being different: Heechul (seated, 2nd from left) does the “peace” sign while the others do
their SuJu signature move

What can fans expect from the Super Show 2?

Eeteuk: It will feel like a party and Super Junior will even dress up as girls. I highly recommend the show and do enjoy it as it is going to be a lot of fun.

This is not your first time in Malaysia. What impresses you most about our country?

Eunhyuk: We filmed the Dancing Out MV in Malaysia, although it was very hot, the people are very sincere and it is a beautiful country.

Eeteuk: And at the hotel we are staying at the moment (Grand Millennium, Kuala Lumpur), there is a picture of us taken during our first visit to Malaysia. That’s awesome. The photograph also shows the majestic Twin Towers of Malaysia. Your country has beautiful palaces too. I really wish I can come back to Malaysia and I am really happy to be here today. 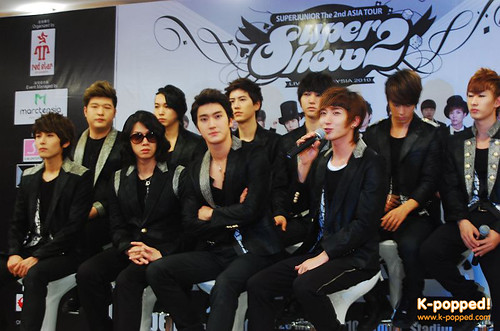 Curious: Shindong (back row, 1st from left) and Siwon (front row, 3rd from left) wonder who’s behind the camera.

Do you have any message for the fans?

Eeteuk: I heard that for the first time in Malaysia, fans camped overnight at the concert venue. It (the concert) will be great as we can get closer to the fans…sharing the same air and just having a good time together.

And it’s really good that the tickets have already sold out. How do you feel about that?

Eeteuk: We are very honoured and we have waited a long time to be here. We now have the opportunity to be close to the fans. This is the first time, of all our visits to Malaysia, where we can really connect with our fans. 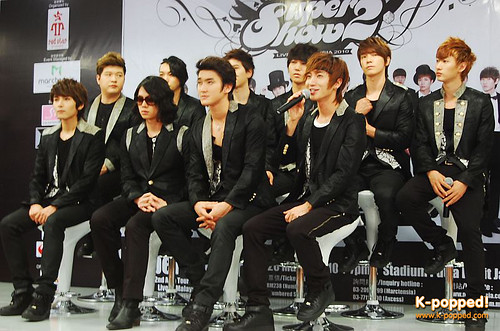 Super Junior not only performs as a group, but you also have solo activities. Would you like to give us an update on your individual projects?

Eeteuk: Our brother Siwon will play the main role in the new Korean drama Oh! My Lady.

Siwon: (in English) Hope you guys will like the drama. Thank you. 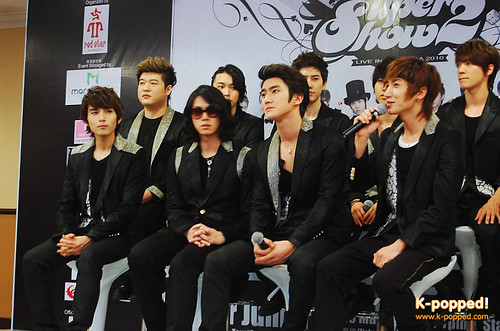 What is Super Junior working on right now apart from the Super Show 2?

Eeteuk: We are working on the fourth album now and we hope to give a better performance, and a better Super Junior soon. 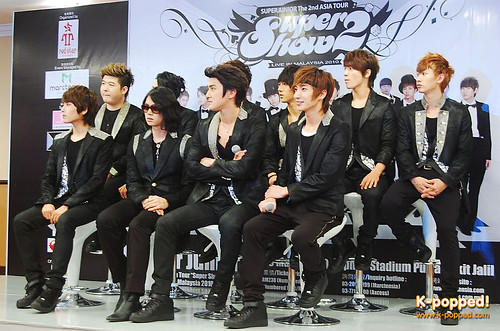 Attentive: The SuJu boys are all ears