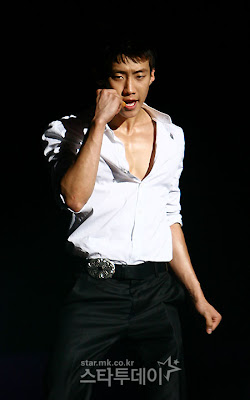 A Hype Nation rep said: “Jaebeom will arrive in Korea with his parents in the beginning of June. He is planning to stay in Korea for about 70 days.”

This marks the Korean-American’s first return to Korea after quitting 2PM in Sept 2009.

According to the report, the filmmakers behind Hype Nation are largely from the Hollywood dance movie Step Up. American hip hop group B2K also appears in Hype Nation.