After the announcement that Malaysia’s inaugural Korean Wave Contest (KWC) finalists could enhance their performance at the final, solo dance contestant Leon decided to rope fellow dancer Lancerie in. They called themselves Chrome L. 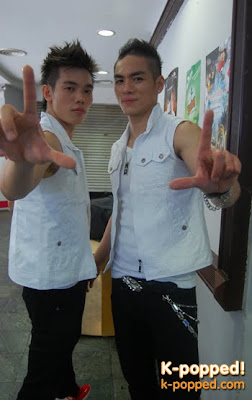 The guys, who represented the My Hottest fan club, then took five days to come up with their routine. They danced and sang to Taeyang’s (of Big Bang) Wedding Dress, Where U At and Look at Me. 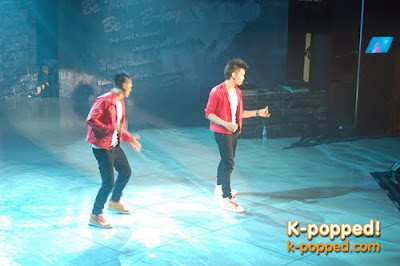 Moves: The boys show us what they’ve got

While the pair’s routine was a combination of their previous solo routines, both Leon and Lancerie had never performed to a crowd like at KWC before.

“Before this, we only performed for our friends. This is so far, the biggest event we’ve ever performed in,” Lancerie said. “Leon did Wedding Dress before, I did Where U At before so the performance was a mix of our routines.” 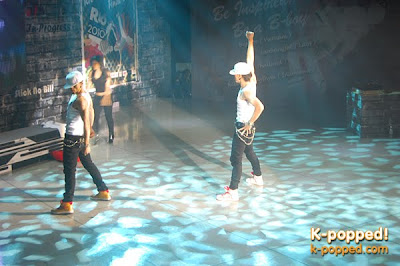 Vogue: The guys show us their best MJ pose

The duo had different answers when asked how often they practiced for the competition. The more outspoken of the two, Lancerie said: “It depended on how good my mood was,” while Leon said: “I practiced everyday…everyday after the finalists were selected.”

Leon explained: “We only practiced together sometimes. We practiced the formations together, but for individual parts, we practiced on our own.”

To spice up their act, the guys also shared the stage with a sexy female dancer named Mel. 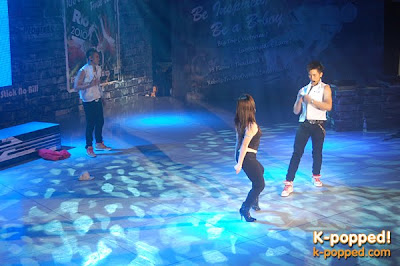 As the 2nd runner up of the competition, Chrome L walked away with RM1,000 and tickets to the Nanta show in Malaysia (Zone C).

So what are they going to do with the prize money?

“Split it into three,” the guys said in unison.

“We are gonna get RM333 each, and with that RM1 left we might buy lottery. We could get lucky and strike another million, and each get RM333,000,” Lancerie joked. 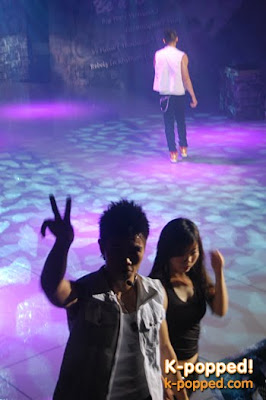 Don’t hate me: Lancerie (waving to camera) gets
the girl while Leon walks away empty-handed

KWC is a competition inspired by the rise of the Hallyu in Malaysia. It pits Kpop-influenced talents against each other for prizes and the opportunity to get noticed. It is organized by Korea Tourism Organization.