The man behind highly-popular K-drama Full House, Pyo Min-soo is set to roll out his next drama Coffee House (not to be mistaken with Coffee Prince). 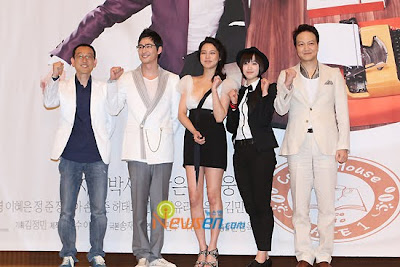 The cast of the show, along with the producer, appeared to the press today (May 10). Pyo wants his latest project to rival Full House’s popularity. 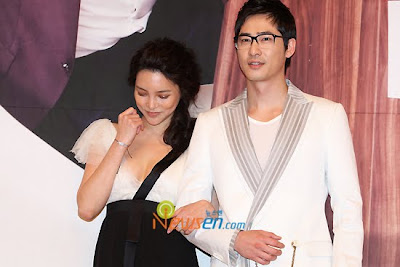 Giggle, giggle: ‘If all things go well, I could make the big time
like Song Hye-kyo.’

The romantic comedy revolves around a novelist named Jin soo (Kang) who is involved in a love triangle with a publisher Eun-young (Park) and his secretary Seung-yeon (Ham). 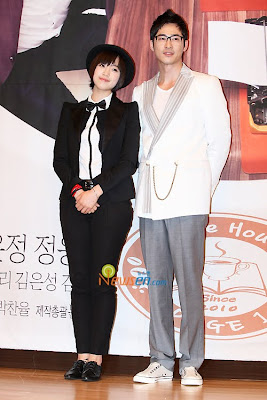 Black & White: ‘If you wanna be my baby, it don’t matter if
you’re black or white…yee hee!‘