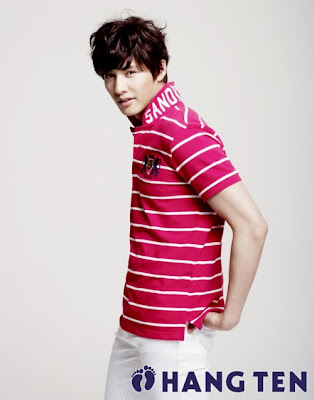 Disheveled: ‘My carefully messed up hair
looks good, no?’

South Korean actor Won Bin gets together with actress Hong In-young for a series of photos for Hang Ten Korea. The pair welcomes the summer season with the brand’s latest Summer Casual Look. 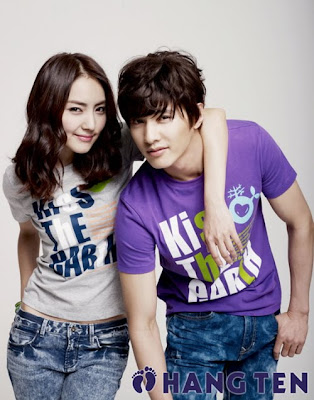 They certainly look cute together 🙂 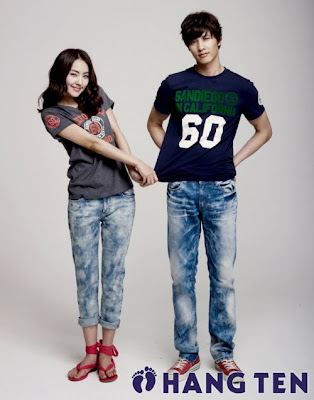 Gimme: ‘Oppa, give me your shirt and pose
for the next shot shirtless!’