HAM’s (Heart and Mind) Western-inspired music video for So Sexy sparked a controversy with its “Jacket Dance” and sexually suggestive lyrics.

The MV was broadcast on GOM.TV, a popular streaming service in South Korea, on Oct 1. But KBS has rejected the MV. 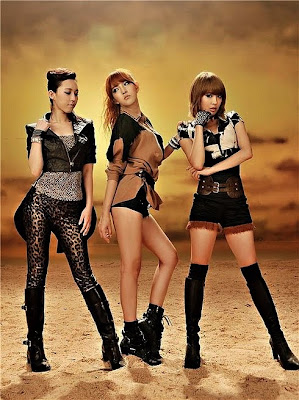 In the video, the sexy HAM girls ham things up (pun intended) by cheekily playing chest peekaboo with their jackets, and netizens have dubbed the move the Jacket Dance.

On top of that, they spout lyrics such as “Come inside me” and “I’ll get you”.

The girls’ agency Lee Yeon Entertainment is quick to respond and said that the lyrics and choreography will be re-edited before they re-submit the song for another review.

Other Kpop artists who have been caught in a jam such as this are Rain and TVXQ.

Apparently, the powers-that-be didn’t like Rain’s “Magic Stick” in Rainism while TVXQ’s Mirotic was analyzed to the point that certain words were concluded to have referred to sperm and a woman’s hymen.

Oh-KAY. Enough blabber. For a So Sexy time, hit play.