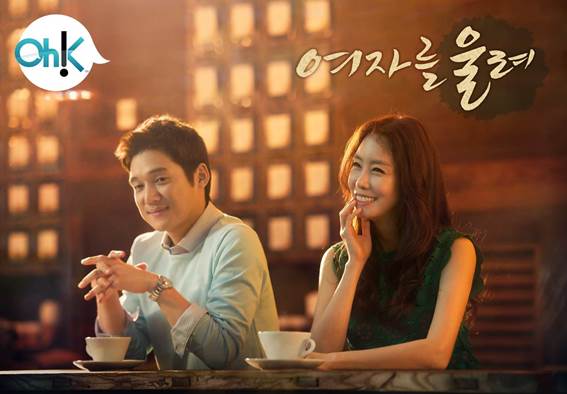 ‘Don’t Make Her Cry‘, the latest K-drama on Oh!K , is set to take Malaysians on a heart-touching journey of motherhood and friendship this August 6.

The series tells a story of Jung Deok In (Kim Jung Eun) who attempts to uncover the truth of her son’s sudden death. Following her son’s tragic passing, Deok, a former homicide detective quits the police force to open a small restaurant right across her son’s school. In hopes to preserve the memories she has of him, she soon sees herself protecting the children in the neighborhood from bullies at school.

In the midst of it, high school teacher Kang Jin Woo (Song Chang Eui) meets Deok, who to him, is a breath of fresh air. As he too lost his older brother to a freak accident, Kang is somehow emotionally connected to her grief. But soon, he finds out a secret about his family who may be involved in the death of Deok’s son. Will he keep the truth to himself or will he help uncover her son’s death?

The series premieres on 6 August 2015 (Thursday) at 8.55pm on Oh!K (Astro Channel 394). Viewers in Malaysia can also choose from English, Simplified Chinese and Bahasa Malaysia subtitles.