Lee Kang-Doo (Lee Joon-Ho) dreamed of becoming a soccer player, but an accident ended those dreams. His father died in the accident and he broke his leg. He spent 3 years in rehab. Now, he doesn’t have anything and just wastes his days. Lee Kang-Doo then meets Ha Moon-Soo (Won Jin-Ah).

Ha Moon-Soo makes architecture models. She also endured through the same accident that killed her younger sibling. She suffered from guilt that she survived. She has lived her life earnestly, while suppressing her feelings. After meeting Lee Kang-Doo, Ha Moon-Soo begins to express her hidden feelings. Lee Jun-ho caught many viewers’ attention as the likeable rival Seo Yul in Chief Kim. This series marks Lee Jun-ho’s first lead role in TV series, as well as rookie actress Won Jin-ah’s first ever major role. She was selected for the role out of 120 candidates.

Rain or Shine is a tale about great people. People who don’t look all that remarkable at first glance, and who don’t appear as though they do anything of importance. However, these great people are able to withstand the coldest winds without flinching, and are able to carry on with their lives as if they aren’t in pain. It’s a story about pitiable people who comfort and embrace one another, and instead of becoming fearful of mistakes, they remain endlessly hopeful and constantly making opportunities for themselves. 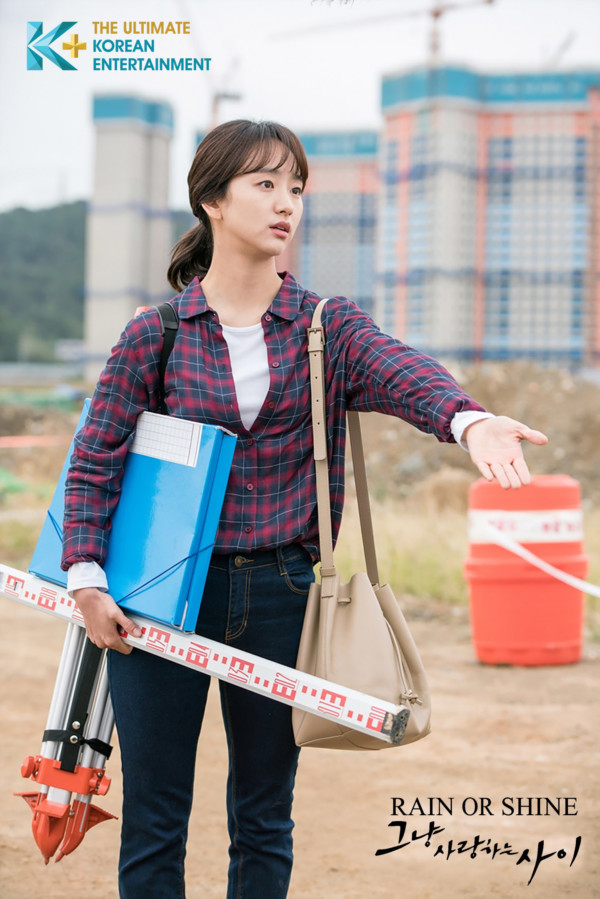 Rain or Shine will premiere on K-PLUS starting 12 December 2017, Tuesday at 8.00pm (SGT), within 24 hours of Korea. New episodes will air weekly on Tuesday and Wednesday at 8.00pm SGT. English, Mandarin, Bahasa Malaysia and Bahasa Indonesia subtitles are available.