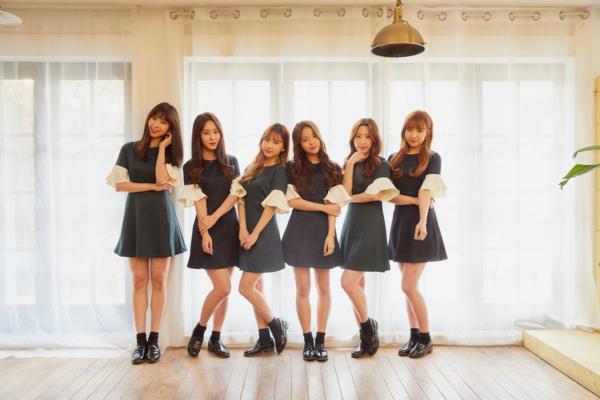 In conjunction with their upcoming promo tour in Malaysia, K-Popped! had a chance to chat with the girls and get to know their scouting history, first impressions of each other and more.

K-POPPED! : Hello S.I.S.! Please introduce yourself to your Malaysian fans.

Hello, this is S.I.S.~ We made our debut on 25th August 2017. We’re planning to make a comeback in September, so look forward to it! We’re so happy to have the opportunity to meet Malaysian fans. We will try hard and prepare well to show you a good look so please get ready and look forward to it!

K-POPPED! : How did you come up with the group name?

We’ve been selected from among several name candidates under the recommendation of the representative.

K-POPPED! : How long did you prepare before debut? And what distinguishes S.I.S from the other girl groups?

We’ve been preparing together for 2-3 years. S.I.S is working hard to have the ability of self-manufacturing. We choreographed and work with a choreographer on our second album. K-POPPED! : How were you girls scouted by the company?

We came in by auditioning.

K-POPPED! : Please share with us your recent activities and your upcoming plans.

We will make a comeback with the 2nd album in September and will be doing overseas activities. We will try to be a representative girl group of Korea in the future.

K-POPPED! : Who has influenced your music?

We’re influenced by the music of pop artists such as Justin Bieber, Beyonce, and Ariana Grande. And Korean singers too, we saw Lee Hyo Ri and Girl’s Generation and dreamed of becoming singers. K-POPPED! : What’s the weirdest gift you’ve ever received from a fan?

There were no strange gifts, and there’s a memorable gift, which is a heartfelt letter to S.I.S.

K-POPPED! : Are there any Kpop idols you’d like to collaborate with in the future?

K-POPPED! : What does the word ‘fans’ mean to you?

They are the reason why we exist and we’ll always have a thankful heart towards them.

K-POPPED! : Name a song to dedicate to your fans and share your reasons for choosing it.

“I’ve Got A Feeling”, the debut song of S.I.S which made us able to meet our fans!

K-POPPED! : Please tell us your first impression of each other.

Dal was fair and chic.

Minzy was polite and a little shy.

Sebin was really young and she was a baby.

Anne came up from Daegu, so her skin was tanned a lot. Attractive ruddy skin.

K-POPPED! : If you come to Malaysia, what will you be looking forward to?

We’re looking forward to being able to communicate with our fans. We want to spend a good time and make some memories. K-POPPED! : What kind of superpowers do you want to have? Why?

Teleportation – The weather is so hot these days, and that made us want to teleport.

Future Predictability – We want to see the future so we could deal better with it.

The ability to spin time – We want to add more experiences that we have not been able to try before.

K-POPPED! : Please leave a message for your Malaysian fans!

Dear Malaysian fans, we look forward to see you soon, please wait a little more~ Please expect a lot! We miss you!

That’s the end of our interview! We can’t to see them in Malaysia soon. You can read more details about S.I.S First Charming Tour in Malaysia 2018 here!