BLACKPINK’s first full-length album, ‘The Album’ also arrive on JOOX for fans with exclusive karaoke versions to sing and dance with their favourite K-Pop group

More than four years after their debut, ultra-hot girl group BLACKPINK had released their first full-length album, which has been met with absolute fervour from their fans. To celebrate the unstoppable rise of not only BLACKPINK, but K-Pop as a whole, JOOX, Asia’s most dedicated platform, has just put together the biggest K-Pop music library and karaoke catalogue through the latest additions to its vast music library – with songs from BLACKPINK’s latest album, ‘The ALBUM’, as well as numerous hits from YG Entertainment’s illustrious roster of artists, including BIGBANG, iKON, TREASURE, WINNER and more. 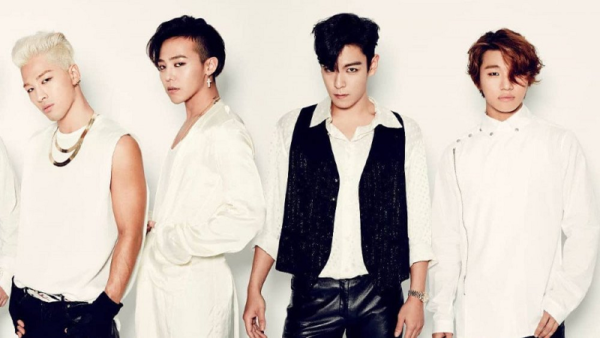 JOOX is proving itself to be Asia’s go-to music streaming platform for international and K-Pop music entertainment, where K-Pop fans can find the hottest tracks and Karaoke songs to sing along with, including BLACKPINK’s new song ‘Lovesick Girls’, ‘Ice Cream’ featuring Selena Gomez, ‘How You Like That and more in its latest 8-track new album, as well as the single ‘Playing with Fire’, which is added to PUBG Mobile’s latest season “Spark the Flame.” It is also dedicated to keeping the K-Pop heat alive in the hearts of its fans by further broadening its music collection and Karaoke catalogue, including BIGBANG’s ‘Bang Bang Bang’; iKON’s ‘Adore You’ and ‘LOVE SCENARIO’; TREASURE’s ‘I Love You’ and WINNER’s ‘MILLIONS’, which are all available in both of JOOX’s music and Quick Sing libraries.

If you really can’t get enough of BLACKPINK, show the world how much you love Jisoo, Jennie, Rosé and Lisa by listening to ‘THE ALBUM’ on JOOX! Stay tuned for more K-Pop music playlist by JOOX too.

“K-Pop is truly one of the biggest music phenomena the world has ever seen, and JOOX will always make sure that K-Pop fans will never miss a beat in listening, dancing, and even singing along their favourite songs through our Karaoke and Quick Sing features. Our latest addition of BLACKPINK’s s new album as well as more of YG Entertainment’s international hits to our music library and karaoke catalogue gives JOOX users access to the hottest and brightest K-Pop stars, and this proves our commitment to only giving Asian music fans the best in entertainment, which is what they deserve,” Angie Tan, Head of JOOX Malaysia, said. JOOX’s Quick Sing feature is a fun way to sing, dance and show the JOOX users’ musical talents to the world. Instead of singing full songs, this new feature has pre-selected each song’s chorus parts, letting users focus on the songs’ most exciting sections in their videos and allowing them to showcase their creative dance moves along with their favourite tunes. Celebrate the music of BLACKPINK and other YG Entertainment artists, and let everyone know why K-Pop has truly captured the world by storm!

With more than 30 million songs in its music library from all over the world, JOOX connects you to a huge collection of artists, songs, albums and personalized playlists. Enjoy your choice of music anytime, anywhere by downloading JOOX mobile or desktop app on both the Apple App Store and Google Play Store, or access the JOOX website.

KCON:TACT 3 Wraps Up Another Virtual Concert with Fans Around the World!

Parting Gift by Designed by G-Dragon Available For Sale