The plot of Song Joong-ki’s drama VINCENZO just keeps getting better! Are you a fan of K-drama too? Let’s have a quick recap and review of the first four episodes!

Old city mob vibes with an odd mixture of comedy. A drama which has you pulling your hair with suspense and plot twists. If you are interested in such drama then VINCENZO is just for you.

The drama premiered on February 20, and it was the most anticipated drama to hit the screens. Especially with Song Joong-Ki headlining, we were all excited to see him taking in this role. Though, did it fulfill the expectations? With only four episodes aired (for now), Vincenzo has achieved the rating of 9.2 on IMDB!

New episodes will be released this weekend and here is where we discuss how it had us on the edge of our seats! Will include spoilers, so stop reading if you have not watched it yet!

From the very first scene, we see the plaza being brought down and Song Joong Ki stands before it. The plaza plays a significant role in the story. We can see that it is not well maintained building with apartments, shops and small restaurants. Beneath all that, is a mine of gold, with gold bars stored by the Chinese. It is a secret only Vincenzo and Joo Young Woon (played by Choi Young Joon) knows. After the death of the actual owner of the gold, the two plan to have the gold for themselves, but to do that the building has to be demolished.

The tenants who were against the decision formed the DEVELOPMENTAL OPPOSITION COMMITTEE, lead by Lawyer Hong Yu Chan (played by Yoo Jae Myung). For the first part of the first episode, it is the tenants vs Vincenzo until the third party jumps in – the Babel Group who forcefully make Joo Young Woon sell the building.

The plot seems simple, but has many layers, an odd looking building with many competing for its ownership. We are curious to know which card Vincenzo will play next to stop the Babel Group from demolishing the building.

Here we also wonder if the authorities of the Babel Group knows about the gold? If yes, then how? And now that Vincenzo has sided with the tenants to protect the building from the group, will he deceive them or have a change of heart? Yet, the most important question is who will actually own the plaza and the gold?

In the first episode, with the introductory scenes of Lawyer Hong Yu Chan, we saw a battle in court. A father against daughter, regarding the death of subjects during experimental trials of Babel Pharmaceutics newly presented drug. Hong Yu Chan insisted that the drug was the cause of death of the subjects while his daughter, Hong Cha Young (played by Jeon Yeo Bin), representing the Babel Group opposed it. For starters, we really believed that it was a not so important topic – probably to highlight the feud between father and daughter.

Further into the drama we meet our young CEO. Kwak Dong Yeon as Jang Han Seo left the fans surprised and quite frankly drooling over his new look!

Oh well back to the case! Though this was mentioned before, but not highlighted in the first two episodes. Vincenzo, who has been looking into the cases (to have the building) learns about the drug. Supposedly, the drug RDU-90 is a narcotic drug, which makes people addicted to it. Later, the content of the meeting between Hong Yu Chan and the researcher was revealed. The death of the subjects was intended and ordered by the higher ups. The episode moves along with the ultimate mysterious authority in the group ordering the burning of all 12 researchers and the run away researcher.

In Episode 4, after the death of Hong Yu Chan, the drug was allowed to be released and even claimed to be the perfect pain killer. Even other countries are interested in the drug. In the end they were the winning party- but wait! This drama is full of plot twists and you can never expect anything. Vicenzo plays another card, setting the drugs on fire! Oh, what a scene! Hands off to the team for that scene filled with so many emotions, happiness, anger and sorrow.

The case arises the drama and tension, though we are curious to know about the linkage between the plaza and the case. Did Vincenzo set the research department on fire to give a warning to Babel Group? Aside from taking revenge for Hong Yu Chan.

It also gave us a peek into the brutality of this villain and the lust for money and power. This conspiracy has us confused, was Hong Cha Young unaware of the reality, even while fighting the case? To be honest, to me, this seems odd. She was literally representing the case and she doesn’t know that the drug is narcotic?  Babel Group has been threatening and controlling many to work for them, they can threaten her too.

The drama revolves around the good, the less bad and the worst. For us, this mysterious figure is the worst and Hong Yu Chan in the group of good. While the rest sits in the less bad. This is a point that I loved the most about, unlike most of the other Korean dramas, this drama has characters close to reality. Where people do wrong for sake of fortune or family or perhaps even for hidden motives.

In episode 2, we met this figure’s silhouette, beating Jang Han Seo, the young CEO of the group (which clears him to be just a mere puppet). Though this personality is not the only one, even Wusang Law Firm wants to control him.

In episode 3, we meet again while on call with Han Seo but hearing only his side of the conversation and then only to proceed to knowing his intentions – which was to burn the villa.

Yet by the end, the writers try to divert our attention to Prosecutor Choi Myung Hee, a character with many idiosyncrasies, from dancing freely even in public to touching her feet while discussing something important.

Though odd, we know she is cunning and calculative. She also has a crystal ball- a source who probably does all the dirty work. She finds the runaway researcher, and after her call with this crystal- both the researcher and Hong Yu Chan are attacked, along with our poor Vincenzo.

And we are wondering, is the person who meets with the CEO not the mastermind, maybe someone under Myung Hee? Is she the ultimate perpetrator? Oh, but the writers had us for a bigger twist. In episode 4, it is revealed to be Jun Woo! The cute intern from New York! Now that deserves a standing ovation!

“Smart people may rule the world, but reckless and stubborn people like me protect the world.” The most unexpected death, yet surely a necessity for the plot. We absolutely loved the character and were really sad to say our farewell too soon. The purest man who always stood with the right and fought for the weak. A passionate character that showed the presence of good in the world.

What saddens us the most is that the last time he met his daughter was in an argument where she blamed him for letting her mother die. Though unfortunately, (to me) Jeon Yeo Bin failed to show the right emotions in that scene. Her attitude and dialogue delivery seemed comic and less real- lack of sorrow that the character must have felt for her mother. But she recovered from there by her immaculate performance of Cha Young mourning her father.

After his death, his image was tarnished by the media- presenting him as a crooked lawyer, which we of course believe to be Babel Group’s doing. Possibly to cover raising suspicions of the accident. We expected to see Vincenzo fight along with him, but with his death we see a changed Cha Young.

But above all, I would like to praise the team for the amazing cinematography and acting. The emotional instrumental behind the scenes of the tenants standing before the office as they mourned their hero. Then moving inside the office, the shots of his slippers, desks, the letters thanking him pinned on the board and the sticky notes outside by his supporters. It really made us cry.

VINCENZO’S PERSONALITY: IS HE THE GOOD OR THE BAD?

He was introduced as a cold blooded man, who would not hesitate to kill and get what he wants yet also a man who has feelings. His silent mourning for Fabio’s death – the mafia leader who have adopted him and also of him standing outside the jail where his mother who abandoned him was imprisoned. We also see him worried about her when he sees her in the hospital and rage when she was wrongly charged in the trial. Where we see a softer side to him.

While the first two episodes we see he only does good for the tenants with ulterior motives. By episode 3, he seems to sort of worry for them too. Like taming delinquents in the building. We also find him growing more fond of Lawyer Hong Yu Chan when he pulls him aside (when Yu Chan fought the cops investigating the arson case), afraid he will be targeted by the Babel Group.

Oh, and let’s not forget! When he purchases an umbrella for Cha Young as it was raining! And even in episode 4, he worries about her when arrested, and helps her out- in the most charismatic way! We are so looking forward to the romance blooming between the two!

It is nice to see a slow and steady development of the character, yet he did not just change overnight. He is calculative and has everything already prepared. He threatens the lawyer of the Babel Group in episodes two and three, though now having him under his palm. His savageness still not subsiding when he encounters the gangsters. He also cleverly eliminates the driver who murdered Yu Chan. Yet when Cha Young asks to not do anything that takes lives- he does not. Will Cha Young actually change him?

More than anything we are excited about how this will turn out. Both quick witted and geniuses who join hands to take down Babel Group. For Cha Young, she is driven by revenge and Vincenzo by his own goal. Both are fearless and bold. Shall we prepare ourselves for a crazy roller coaster ride? Because all we know is that they will stop at nothing!

What we love the most is that unlike most K-dramas that focuses on gaining justice by doing right, the couple does not hesitate to take the crooked path, either by kidnapping, threatening or burning a whole building down!

Vincenzo is off to a great start and satisfying the viewers with great content! We cannot wait for the coming episodes and what they have for us! What do you think of the show? Let us know in the comment!

An aspiring writer with huge admiration and passion for K-dramas, K-pop and K-movies. 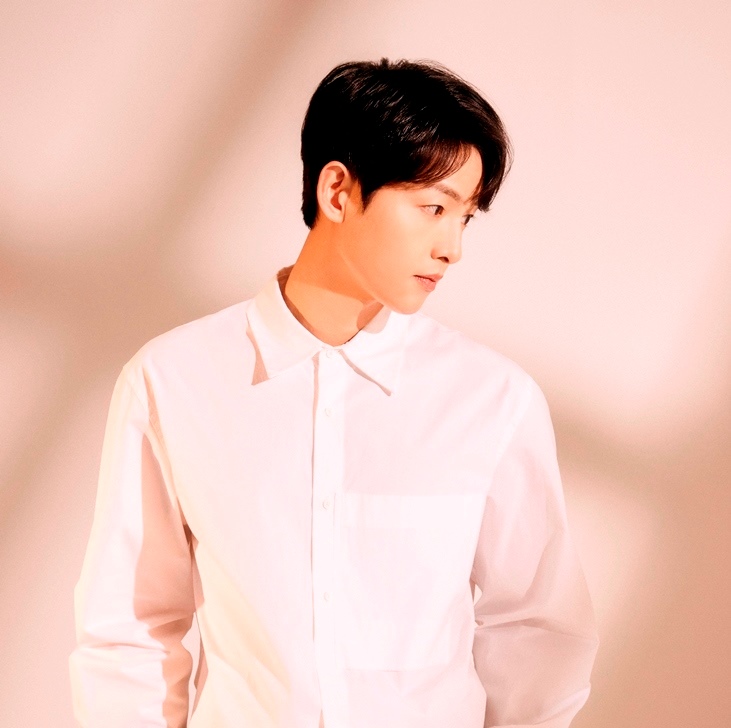