One of the most anticipated releases in 2022, the albums of the group were sold out in only two days. On Friday, the girl group XG made their official debut with the release of the music video for “Tippy Toes”, available on the group’s official YouTube channel. One of the most expected debuts in 2022, the singers brought to fans an addicting track with hip-hop and R&B, extraordinary vocal performances, and a dynamic rap. The music video is full of charisma, singularity, and talent of the septet managed by XGALX.

“Tippy Toes” beautifully started XG’s activities as artists, showing fans a song that challenges stereotypes. The track brings a strong message that the girl group came to change the game, creating a new structure and concept of power in the industry. As the title suggests, the debut keeps everyone on their tiptoes.

The first news about XG’s debut started in January when the official SNS channels were opened and the first teasers started to be released. Different from the current industry trends and avoiding survival shows, the group has started fully formed with a mysterious and enigmatic atmosphere concerning the concept to be followed. This was the opportunity to introduce each member’s talent, with individual and group performances uploaded on their YouTube.

For having a unique style and artistic path, during all the promotional process on social media and press, XG gathered fans worldwide, receiving the attention, comments, and expectations of new admirers in different languages. Each day, the septet consisting of JURIN, CHISA, HARVEY, HINATA, JURIA, MAYA, and COCONA shows their ability to become the spokesperson of a new generation of strong girl groups.

The group’s debut is being followed by such a loyal fanbase that the physical copies of the CD and vinyl were sold out in less than 48 hours after the opening of the sale through Weverse Shop, MERCHBAR, and the group’s official website.

The official music video of Tippy Toes is available on XG’s official YouTube channel, as well as all the pre-debut content. The song is also available on the best streaming services worldwide. XG is Back with Newest MV of SHOOTING STAR 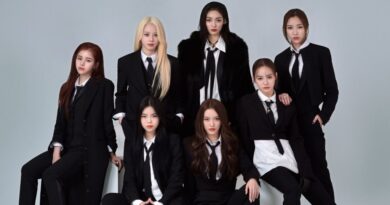