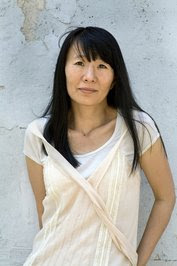 All right all you book lovers out there *high five*, this one’s for ya :-).

The New York City native, who was born in Seoul, has an extremely colourful background. She was a teenage runaway, a dance hostess and an Avon Lady who hawked cosmetics door to door. The girl who grew up in the Bronx also worked as a photojournalist, waitress, bartender, administrative assistant and copy writer (!).

After completing her undergraduate studies at the University of California, Berkeley, Mun decided to work as a criminal investigator. She was 30.

The Jane of all trades isn’t playing CSI anymore. She is currently residing in Chicago and lecturing at the University of Michigan.

Phew, amazing – from teen runaway to lecturer…and so many things in between.

Mun’s debut novel, Miles from Nowhere, is set in 1980s and revolves around Joon-mee, a 12-year-old Korean-American who runs away from her troubled Bronx family (eh, is art imitating life? ;-)).

The story follows the protagonist over six years where we see Joon-mee eventually doing crime…and drugs. However, she then tries to turn her (bad) luck around. 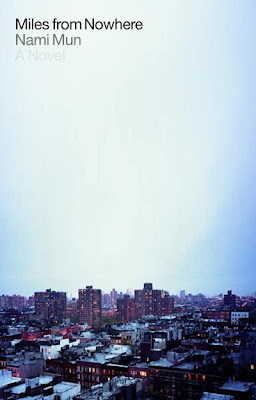 Interested to read the book? A quick check at Amazon shows that the title will only be released on Dec 26 :-).

Watch out for a brief Q&A with author Nami Mun right here on K-popped!

Get your copy of Miles from Nowhere here