식객 (Shikgaek), which is also known as Le Grand Chef opened in Singapore on Jan 10. 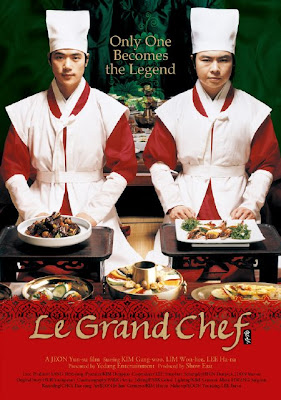 The food-themed flick, which stars Kim Gang-woo, Lim Won-hee and Lee Ha-na, is based on the very popular Manhwa series of the same name.

The story is about two young chefs competing in a cooking contest. The prize is a knife with a very prestigious and significant history behind it.

The film’s lead actor, Kim Gang-woo was in Singapore on Jan 3 to promote the movie. You can watch the trailer here. I don’t know about you, but it sure made me hungry. 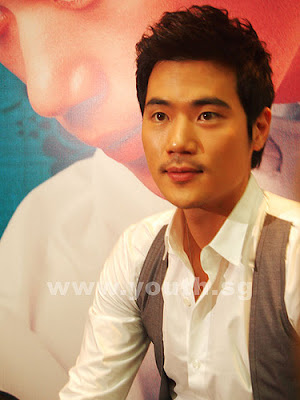 Kim Gang-woo (pic above) is a 30-year-old rising actor with boyish good looks. Read more about his interview in Singapore here.

Note: K-popped! has been keeping tabs on this flick since last year. The funny thing is, information on the film kept changing. It went from a drama series starring Kim Rae-won to a movie starring Kim Gang-woo. Did Rae-won sshi drop out of the movie/drama or something? Or are these two totally different projects but with the same title? Check out the links below if you don’t believe us.