That’s the plea of over a thousand 2PM fans who gathered in front of the JYP Entertainment office building in Gangnam-gu, Seoul on Sept 13. 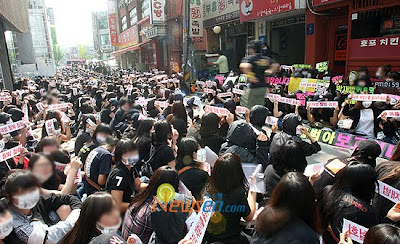 About 1,500 fans, who call themselves Hottest, wore black and staged a silent protest outside the boyband’s management company from 2pm onwards. Fans want band leader Jaebeom to return and unite with the group. 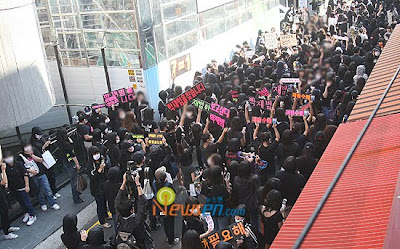 Police were on standby in case things got out of hand but the fans behaved themselves. All they wanted was Jaebeom’s return. 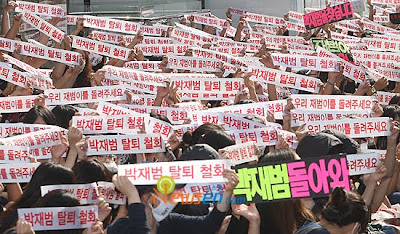 Making a point: ‘Jaebeom, come back!’

Jaebeom quit 2PM, one of South Korea’s hottest boybands, and returned to the States after an old derogatory comment he made about Koreans surfaced. Due to the reaction of the public, the Korean-American decided to quit the band and return to the USA. 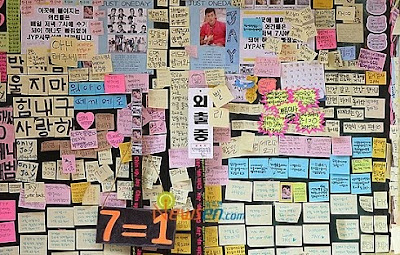 Much love: Messages in support of Jaebeom