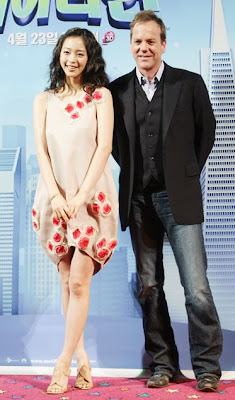 HanYe-seul, Kiefer “24” Sutherland and Dreamworks’ CEO Jeffrey Katzenberg appeared to the press at the Yongsan CGV in Seoul on March 26 at 10am. 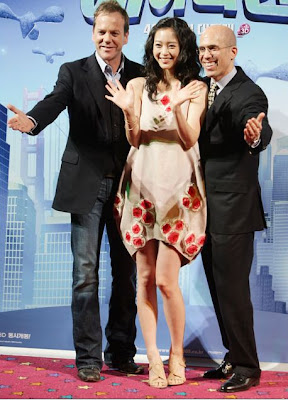 
Sutherland portrays General W.R. Monger in the movie. Below is the movie’s synopsis from IMDb.com:

On her wedding day, Susan Murphy (Reese Witherspoon/ Han Ye-seul) is hit by a meteorite infused with Quantonium, a rare and powerful element that causes her to grow to an enormous size. Targeted by the government as a monster, Susan is captured and imprisoned at a secret facility where other such oddities are being held. They include:

When deranged alien overlord Gallaxhar (Rainn Wilson) arrives on Earth to obtain the precious Quantonium and conquer the world, President Hathaway (Stephen Colbert) offers the monsters their freedom in exchange for defeating the evil mastermind and his legion of robots and clones. 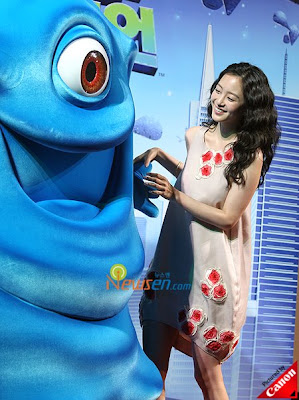 Oooze gonna save us?: Han gets to know co-star
B.O.B a little better 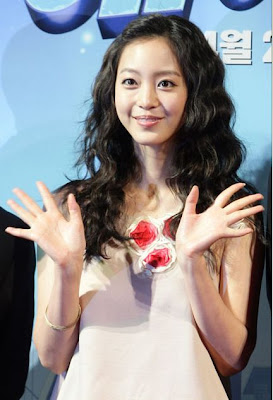 Ginormica?: She’s not quite the giant
you’d expect, huh?

Monsters vs. Aliens will be released on April 23 in South Korea and on May 28 in Malaysia. 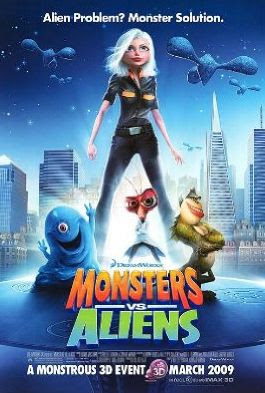