Hwanhee, formerly of Fly To The Sky (FTTS), was in Tokyo on April 27 for a fan meeting. The talent said that he wants to compete in the Japanese market. 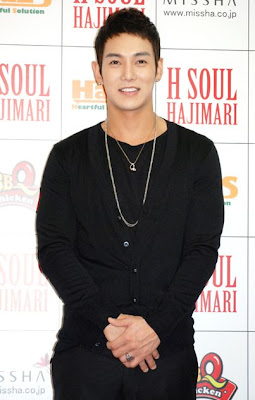 His fan meeting named H SOUL Hajimari marks the 28 year old’s eagerness to cross over to the Japanese market. H SOUL is the title of the South Korean singer’s first solo album.

It’s good to see the talent out and about again. At the end of 2009, Hwanhee had to quickly end promotional activities for his single Bring It Back because of health problems. Now that he’s healthy again, let’s hope we get to hear more of him :-).

Related:
Hwanhee doesn’t Bring It Back because of ill health
Hwanhee surprises Hwayobi on Valentine’s Day
Hwanhee spotted at airport