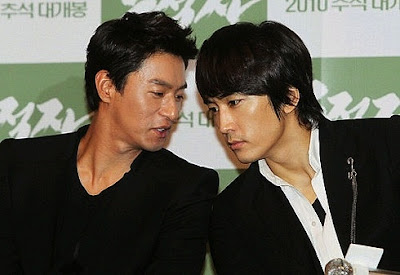 The Hallyuwood actors were out to promote their latest flick The Invincible, a Korean remake of John Woo’s 1986 A Better Tomorrow.

Directed by Song Hae-sung (Failan, Our Happy Time), the story revolves around a North Korean special agent who is freed and settles down in South Korea, only to get entangled in the underworld. 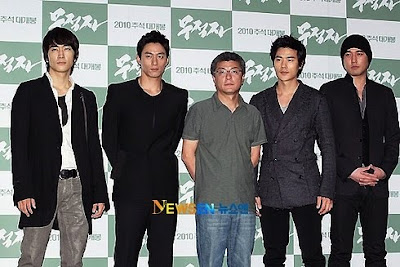 The film boasts a 10 billion won (USD 8.5mil) budget and is a collaborative project between South Korea, China, Japan and Thailand. The Invincible will be released in South Korea on Sept 16.

Sounds like an interesting movie. Which reminds me, I haven’t seen a Korean flick in a long time :(. 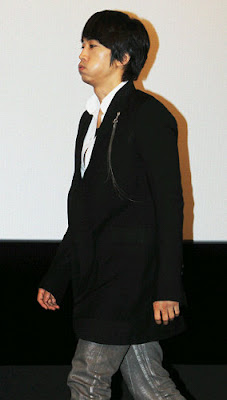 PFFFT: ‘I want a vanilla milkshake after
this press con.’ 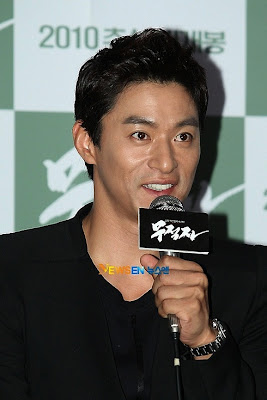 PLUG: ‘It’s an awesome show, I guarantee
you that.’ 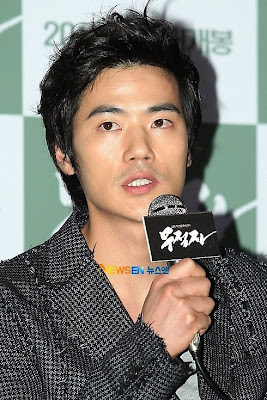 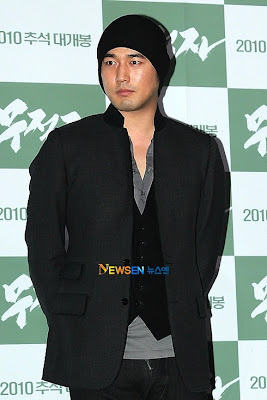 REBEL: You don’t like the way I dress?
Well, eat my…beanie.’