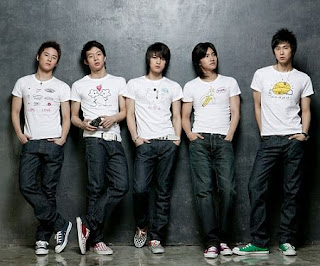 The series, which is said to be the most expensive production in Korean drama history, will be airing in Japan, Korea and Chinese-speaking countries. Will Malaysia be included…eventually? 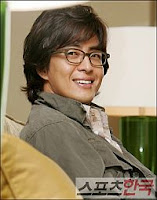 However, more focus will be given to Korea and Japan since Mr. Bae (pic left), who celebrated his 35th birthday yesterday, makes the Japanese chickadees rabid with desire.

TVXQ will sing a track entitled A Thousand Years Love, which is composed by Joe Hisaishi, the music director behind Howl’s Moving Castle and Spirited Away.

The Legend (or Tae Wang Sa Shin Gin) is about the life of Korea’s legendary warrior. It stars Mr. Bae and is directed by Kim Jong-hak. The 24-episode drama will be aired in Korea from Sept 11 onwards. A “Making of” documentary, including interviews with the stars, will be aired a day earlier on Sept 10.

Meanwhile, TVXQ will be releasing a single from their 13th album in Japan on Sept 19.