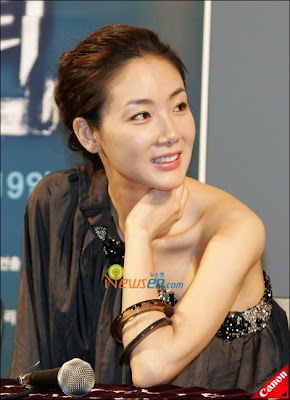 The drama entitled Lovers in Asuka will be set in the Nara Prefecture in Japan’s Kansai region. It will be written by Kang Eun-jung, the scribe for Lovers in Paris.

The Air City actress’ participation in the 20-episode drama is not confirmed yet, but things are looking positive. Lovers in Asuka is tentatively scheduled to air in December.

Choi Ji-woo and Bae Yong-joon are the popular pair that triggered the Hallyu Wave – especially in Japan – with their melodrama Winter Sonata.

Related:
Welcome to Hallyuwood Theme Park
Did Choi Ji-woo get tipsy at the Louis Vuitton party in HK?
Choi Ji-woo in an exquisite wedding gown