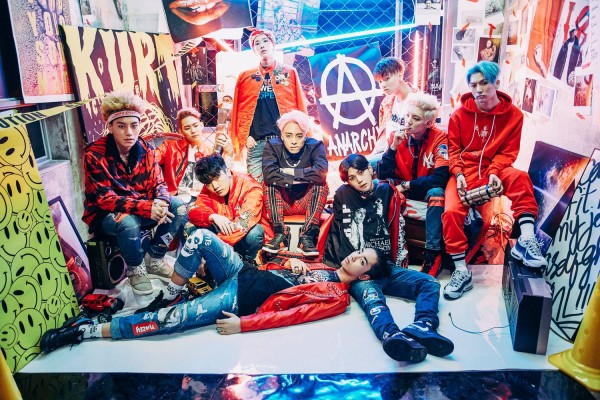 In line with their new album, K-popped! had the opportunity to talk with ToppDogg about their current activities and the changes they had gone through this year. Read on..

What have the group been up to nowadays?

Pgoon: We have quite recently wrapped up our promotions for our latest album The Beat, and also our reality show ToppDogg Project (on MBC Music), so right now we are resting a little bit but also preparing for upcoming projects. In January we also have a concert in Japan that we are really looking forward to and we hope to see many ToppKlass!

Share with us about your latest mini album and the title track, The Beat.

Jenissi: Yes, it’s an album that we wanted to have a bit of a rebellious and new-thinking vibe to it. When we talk about it we often call it hippie-inspired because that was how we felt when we made it. We had a whole year in between our last album and The Beat, and many positive changes happened this year, so we wanted to share our positive and re-energized spirit through it.

Did you guys participated in the making of this album?

Yano: Yes, the members have been very involved in this album in everything from composing, producing and writing lyrics, and of course choreographing as well. The rappers have always written their own lyrics, but this time the members have all been much more actively involved in everything. And from now on, we will do that even more, as we are learning and growing as musicians all the time.

Is there any funny/memorable moments when shooting the music video?

Bjoo: It was actually a really cool shoot, and we had a lot of fun shooting it. If you have seen the video you know that we are out in the middle of a field, which is quite far away from Seoul. And we had a group of really cool dirt-bike riders come in, and they were doing all kinds of awesome tricks, but in the end nothing of that ended up in the video. I don’t really know why the editing was like that. We don’t have any particular funny episodes, but both on the day when we were filming the teaser videos (for All Eyez On Me, Emotion and O.A.S.I.S) and the MV filming we had so much energy even when it got really late and just had so much fun. All the members were saying that it’s the best time we have ever had filming a MV. Maybe because we had to wait so long?

Out of all your songs, what is your favorite track so far?

Pgoon: I like the title track “The Beat” on our latest album. But out of all of our songs I think I have to pick “Follow Me”. Even though it’s already two years ago we released this song I’m still not tired of it.

Xero: I choose “Follow Me” as well. It was our debut song, so it holds a special meaning, but I also think it’s a strong and powerful track in general.

A-tom: I like “R-UH” (I know), because it really shows our members beautiful vocals. It’s a nice song.

Yano: I would choose “Sweetheart”, but i’m biased of course as it’s a song that I made. But I hope others enjoy it too.

Jenissi: Personally I like “Open The Door” and “Arario” the most.

Hojoon: I like “Runaway”. It has an exciting melody.

Hansol: I love “Emotion”, because it has a really nice feel and atmosphere to it.

Nakta: I like “All Eyez On Me” because it feels trendy and has a sense of freedom about it. Kidoh produced that song, so that feels nice.

With the recent departure of 2 members, how does the group feel about it? Has anything changed since then?

Hansol: Other than changing the choreographs for dances it hasn’t changed much in the group. Of course we miss them in ToppDogg, but we still hang out outside of work and keep in touch regularly so it’s not like they are gone from our lives (laughs). I feel more sad for the fans who misses them. (Members agree)

New Year is coming soon, what is your new year’s resolution for 2016?

Nakta: We hope that more people will like our music and our preformances, and that we have the chance to appear on more shows and make fun memories. But as for resolution to ourselves, we are really determined to improve all of our skills in the coming year, individually try to find our personal talents and work even better as a team. Then there are things like going to the gym and start running in the mornings, get better at cleaning, eat less fast food, and other normal stuff… But I’m not so sure about how we will do with those promises (laughs).

Please leave a message to your fans in Malaysia.

Pgoon: We are really happy and grateful for our beautiful ToppKlass in Malaysia. We really hope to see you soon! Merry Christmas and a Happy New Year, from the bottom of our hearts!

ToppDogg makes a comeback with 9 members! 2 thoughts on “[Exclusive] ToppDogg gets you into ‘The Beat’”